The Wisconsin Film Festival is an annual event put on by the UW-Madison Division of the Arts and Department of Communication Arts. With an average of 150 film screenings every year, it is the largest university-produced film festival in the nation – and it kicks off this Thursday, April 4!

In the week to follow, 153 films will be shown across Madison for viewing by any and all in the community. Below is a list of those which are produced by, or in, Africa. All descriptions are drawn from the Wisconsin Film Festival Guidebook.

Rafiki is the story of two star-crossed young lovers caught up in the politics and religion of their surrounding environment. The film features not only beautiful performances by lead actresses Samantha Mugatsia and Sheila Munyiva but also rich cinematography and costuming. It was Kenya’s first entry at the Cannes Film Festival, but was banned in Kenya for showing positive representations of same-sex romance. 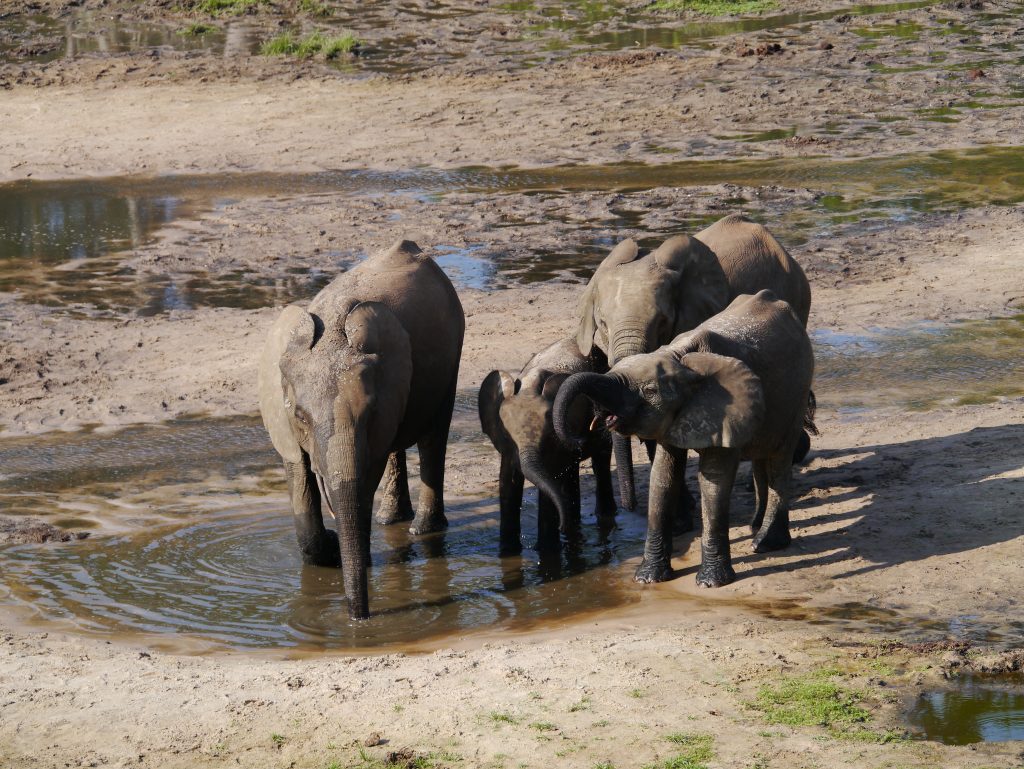 This powerful documentary, winner of the 2019 Golden Badger Award, follows elephants and their protectorates in the Central African Republic.

Watch the trailer here. The first ten people who email asp@africa.wisc.edu will get free tickets to this screening! You must be able to pick up your ticket at our office, Ingraham Hall 206.

Supa Modo follows nine-year old action film enthusiast Jo as she travels back to her mother’s rural village of Maweni. Jo is suffering from a terminal illness, and her sister Mwix is determined to bring her dream of becoming a superhero to life before she passes away. Supa Modo has won more than 20 prizes at numerous international film festivals.

Swahili Outreach Scholars from the African Studies Program will be leading a post-screening Swahili language session (location TBA at the screening).

Hyenas is a witty and vibrant film adapted from Friedrich Durrenmatt’s The Visit. Dramaan, a politician in a small village, invites the now-wealthy Linguere Ramatou to return home after years of exile. Exile, it must be noted, which was a result of her teenage pregnancy with Dramaan’s child. Linguere agrees to aid the village if Dramaan is executed.

Yomeddine (Judgement Day, in Arabic) is an odd couple, on-the-road film about an older man, Beshay, who was abandoned as a child at a leper colony by his family, and his young friend Obama. The two travel across Egypt in an attempt to find Beshay’s family. Shawky’s directorial debut made it to the Cannes Film Festival, a rare honor for a first-time filmmaker.

In this powerful film, 20-year-old Sofia of Casablanca, Morocco is put in the position of giving birth out of wedlock in country where pre-marital sex is strictly illegal. Sofia has won awards at the Cannes Film Festival, the Thessaloniki Film Festival, and the Palm Springs International Film Festival.