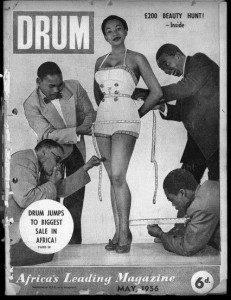 This course explores the historiography of gender and sexuality in Africa. Through reading a selection of classic and recent works, seminar participants will engage some of the central questions that have animated historical research in this field over the past several decades. In what ways were precolonial African polities and economies gendered? How have gender roles shaped, or been shaped by historical processes such as the slave trade, colonial conquest, urbanization and economic liberalization? Are categories such as “female” or “heterosexual”, and concepts such as “gender” and “sexuality”, relevant to the study of Africa, or are they distorting western impositions? What is, or should be, the relationship between academic inquiry and activism on matters of gender and sexuality in Africa? In the course of investigating this rich historiography, we will encounter histories from various regions of Africa, from as early as 700BC through the present day.

Students in this course will:

Assistant Professor Emily Callaci is a historian of modern East Africa, with a research focus on twentieth century urban Tanzania. Her teaching interests include urban African history, gender and sexuality, popular culture, Islam in Africa, and African intellectual history. She is currently at work on a book about urban migration and cultural politics during Tanzania’s socialist era, from 1967 through 1985.