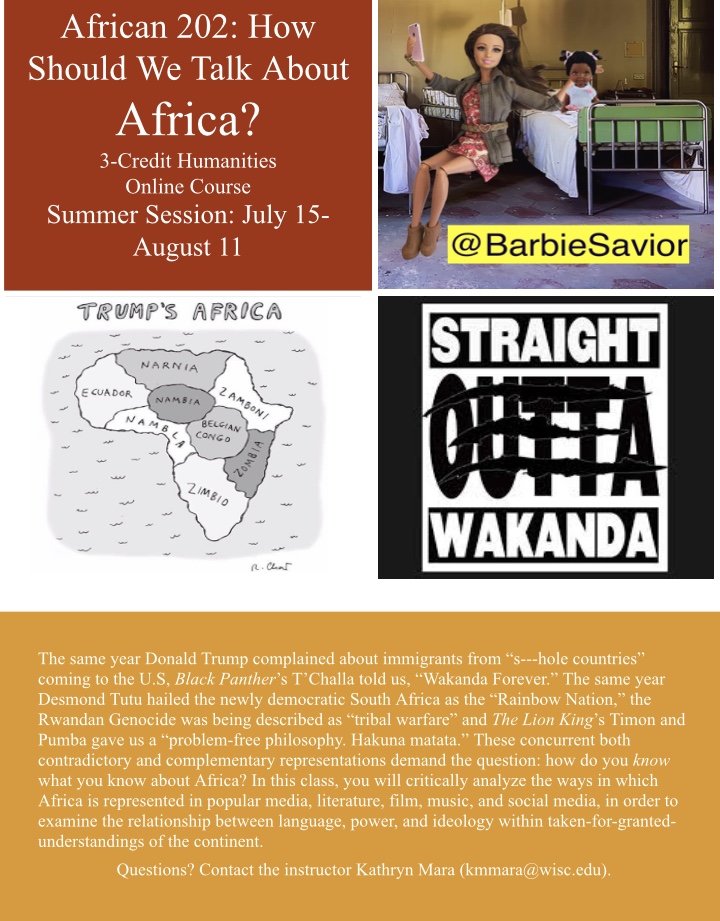 The same year Donald Trump complained about immigrants from “s—hole countries” coming to the U.S, Black Panther’s T’Challa told us, “Wakanda Forever.” The same year Desmond Tutu hailed the newly democratic South Africa as the “Rainbow Nation,” the Rwandan Genocide was being described as “tribal warfare” and The Lion King’s Timon and Pumba gave us a “problem-free philosophy: Hakuna matata.” These concurrent both contradictory and complementary representations demand the question: how do you know what you know about Africa? In AFRICA 202, Lecture 2, you will critically analyze the ways in which Africa is represented in popular media, literature, film, music, and social media, in order to examine the relationship between language, power, and ideology within taken-for-granted-understandings of the continent.

Kathryn Mara (kmmara@wisc.edu)  is a graduate student in African Cultural Studies at UW-Madison interested in language, cultural practices, and representations of violence, particularly in an East and Central African context.