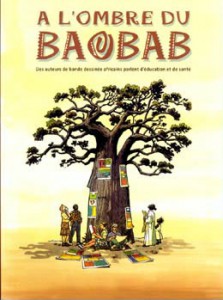 “Popular culture” as a category is a relatively new object of study in academia, and it has much to do with learning from the analysis of discourses that are unofficial, informal, or primarily commercial. Given the history of the perception of Africa as a site of only “primitive” or “derivative” cultural production, this shift holds great promise for scholars of African cultures. This graduate seminar will be organized around the question of popular culture and cultural studies in Africa, and particularly their relationships to literature and literary studies. Popular texts from Africa (popular literature, television, film, music) will be put into dialogue with theoretical readings in this relatively new field, as well as literary works that engage (or try to engage) with the popular. Students will gain 1) a depth of knowledge and appreciation of the diverse cultures of the African continent, both contemporary and historical, their languages, media, and aesthetic modes, and 2) a more nuanced understanding of the field of cultural studies, its terms and polemics, and its affinities and antagonisms with the more established, but also troubled field of literary studies.

Broken Glass by Alain Mabanckou
Children of the Street by Kwei Quartey
Diary of a Zulu Girl (blog-novel)
“Popular Culture in Africa: The Episteme of the Everyday” (Newell and Okome)
“Global Nollywood”
“African Popular Crime Dramas and the Genres of Neoliberalism”
Various comic books, television shows

John Nimis is Assistant Professor of African Languages and Literature. His primary research focus is the popular music of the Democratic Republic of Congo. He has taught a broad range of courses in English and French, on literature, language, and popular culture. This course pursues a relatively new research orientation on popular culture more generally, inspired in part by the UW Mellon research workshop, “New Media and Mass/Popular Culture in the Global South.”