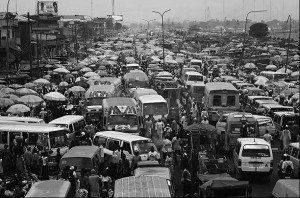 People typically think of globalization as a twenty-first century phenomenon, yet African cities have been global hubs of culture, ideas, and economic exchange for centuries. This course invites students to explore the global histories and cosmopolitan cultures of cities on the African continent over several centuries. During the semester, students will learn about a range of places and times, including the Islamic universities of ancient Timbuktu, the streets and marketplaces of fifteenth century Swahili port cities; the townships and jazz clubs of apartheid-era Johannesburg, South Africa; and the vast squatter settlements and marketplaces of contemporary Lagos, Nigeria. They will explore the history, culture and everyday life of African cities as experienced and shaped by a range of people, including traders, artists, entrepreneurs, workers, aristocrats, slaves, scholars, and revolutionaries. Along the way, students will encounter various primary historical sources, including archaeological ruins, oral history, fashion, fiction, popular music, art and films.

This course will teach students to think critically and historically about urbanization and globalization in Africa. The course’s first and most basic objective is to provide students with knowledge about the specific historical circumstances in which cities have come into being in different places and times in Africa. Together, the class will critically analyze how African city-builders and urban-dwellers have interacted with the outside world, and how the terms of this engagement changed over time.

Inquiry will be ground in three in-depth case studies. First, students will consider the rise of Swahili urbanism at the crossroads of the Indian Ocean in what is present-day Kenya and Tanzania in the fifteenth century through colonial conquest and the independence movements. Next, they will explore the history of Johannesburg, South Africa, from the economic boom following the discovery of mineral wealth in the late 19th century through the rise, defeat and afterlife of apartheid. Finally, students will move on to a study of Lagos, Nigeria, from its rise as an Atlantic world port in the era of the slave trade to its growth in the late twentieth century into what has been called a “megacity.” Focusing on these three African cities will allow comparative thinking about processes of urbanization and globalization in Africa.

In all three case studies, students will pay particular attention to the experiences, perspectives and innovations of African city-dwellers. Global connectedness has different implications for slaves and slave traders; for migrant workers and their rural families; and for men and women. By exploring the everyday lives of people from various walks of life within African cities, students will gain an understanding of the uneven social effects of globalization on urban communities.

Finally, nearly each week, students will have the opportunity to hone your skills of historical analysis through the interpretation of primary historical sources. They will gain particular familiarity with the kinds of sources and methods used by historians of Africa.

Assistant Professor Emily Callaci is a historian of modern East Africa, with a research focus on twentieth century urban Tanzania. Her teaching interests include urban African history, gender and sexuality, popular culture, Islam in Africa, and African intellectual history. She is currently at work on a book about urban migration and cultural politics during Tanzania’s socialist era, from 1967 through 1985.