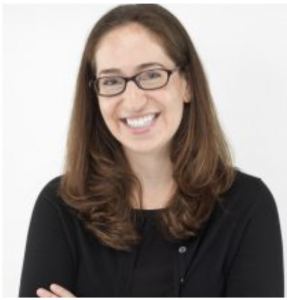 The mechanisms of colonial rule in Africa have long provided fertile ground for historians seeking to understand the nature of colonial governance and the legacies of European colonialism. British common law courts and currency systems are among the most enduring mechanisms of colonial administration. Both were crucial tools of British political and economic authority as well as standard features of formalized rule in Africa and across the British Empire. Yet they were also spheres where African engagement played a significant role in shaping the ways in which institutions operated or failed to operate and evolved over time, especially during the process of decolonization. This talk will highlight Ellen Feingold’s research on the role of the colonial currency system in West Africa and common law courts in East Africa. She will explain how her research on these institutions has shaped her career trajectory and why it led her to a role in public history. She will aim to encourage African history students to think about the many ways in which their research can prepare them to work in public history as well as share their academic work with a wide variety of audiences.

Ellen Feingold is the curator of the National Numismatic Collection, a collection of approximately 1.6 million objects from across the globe that span more than 3,500 years. She curated the Smithsonian’s permanent money exhibition, The Value of Money (2015), and is the author of the companion volume. Her research broadly examines the spread of British legal institutions and modes of exchange in sub-Saharan Africa in the 19th and 20th centuries; as well as their transformations in connection with the process of decolonization. Her first monograph, Colonial Justice and Decolonization in the High Court of Tanzania, 1920-1971 (2018), examines the development and decolonization of a common law court in East Africa. Feingold received her B.A. from UW-Madison and her MSc in Economic and Social History as well as her DPhil in History from the University of Oxford. She served as a Project Curator for the Money in Africa Project at the British Museum prior to joining the Smithsonian. In addition to her curatorial work, Feingold is also a Faculty Affiliate in the African Studies Program at Georgetown University’s Edmund A. Walsh School of Foreign Service.