Ambassador Michelle D. Gavin is currently a Senior Fellow at the Council on Foreign Relations. She was formerly the Managing Director of The Africa Center, multidisciplinary institution dedicated to increasing understanding of contemporary Africa. From 2011 to 2014 she was the United States Ambassador to Botswana, and served concurrently as the United States Representative to the Southern African Development Community, or SADC. Prior that that, Gavin was a Special Assistant to President Obama 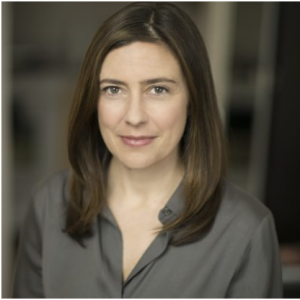 and the Senior Director for Africa at the National Security Council, where she led major policy reviews of Sudan and Somalia, and helped to originate the Young African Leaders Initiative. Earlier in her career she worked in the United States Senate, where she was the Staff Director for the Senate Foreign Relations Committee’s Subcommittee on African Affairs, Director of International Policy Issues for Senator Russ Feingold, and Legislative Director for Senator Ken Salazar. Gavin received an M.Phil. in International Relations from Oxford University, where she was a Rhodes Scholar, and earned her bachelor’s degree from Georgetown University’s School of Foreign Service, where she was a Truman Scholar. She serves on the Board of Directors of Points of Light, the Africa-America Institute, Emerging Public Leaders, and is a member of the Harvard AIDS Initiative’s International Advisory Board.

Ambassador Johnnie Carson was sworn in as assistant secretary of state for the bureau of African affairs, on May 7, 2009. Prior to this he was the national intelligence officer for Africa at the National Intelligence Council, after serving as the senior vice president of the National Defense University in Washington, D.C. (2003-2006). Carson’s 37-year foreign service career includes ambassadorships to Kenya (1999-2003), Zimbabwe (1995-1997), and Uganda (1991-1994); and principal deputy assistant secretary for the bureau of African Affairs (1997-1999). Earlier in his career he had assignments in Portugal (1982-1986), Botswana (1986-1990), Mozambique (1975-1978), and Nigeria (1969-1971). He has also served as desk officer in the Africa section at State’s bureau of intelligence and research (1971-1974); staff officer for the secretary of state (1978-1979), and staff director for the Africa Subcommittee of the U.S. House of Representatives (1979-1982). Before joining the Foreign Service, Ambassador Carson was a Peace Corps volunteer in Tanzania from 1965-1968. He has a Bachelor of Arts in History and Political Science from Drake University and a Master of Arts in International Relations from the School of Oriental and Africa Studies at the University of London. Ambassador Carson is the recipient of several Superior Honor Awards from the Department of State and a Meritorious Service Award from Secretary of State Madeleine Albright. The Centers for Disease Control presented Ambassador Carson its highest award, “Champion of Prevention Award,” for his leadership in directing the U.S. Government’s HIV/AIDS prevention efforts in Kenya.