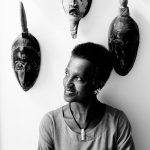 “In Search of African Women Playwrights”

During the 1980s, Kathy A. Perkins had the privilege of designing productions for various exiled South African theatre artists in New York City. While this experience was extremely rewarding and enriching, the plays were all written by men. In 1995, she made her first trip to the continent—to South Africa—in search of women playwrights. She met so many South African women playwrights who were eager to have their voices heard that she began collecting and editing their work. Many of them were published in 1998 in her ground-breaking anthology titled Black South African Women: An Anthology of Plays. Over the next twelve years she traveled to various African countries to collect plays by other women, resulting in African Women Playwrights (2008), the first published collection of plays by African Women in English. This presentation will focus on her journey throughout Africa to find the playwrights and her experiences collaborating with them on their creative projects.

Kathy A. Perkins is an internationally renowned lighting designer and theatre scholar. She is the editor and co-editor of six play anthologies, including Black Female Playwrights: Plays before 1950; Black South African Women: An Anthology of Plays; African Women Playwrights; and Selected Plays by Alice Childress. She is a senior editor of the Routledge Companion to African American Theatre and Performance. As a designer, Kathy has designed nearly 400 productions, at such theatres as the Mark Taper, Goodman, Alliance, Arena Stage, St. Louis Black Rep. Berkeley Rep, Actors Theatre of Louisville, Manhattan Theatre Club, Baltimore Center Stage, and the Grahamstown Festival in South Africa. Her work as designer and scholar has taken her to nearly 50 countries. She is professor Emerita of Theatre from the University of Illinois (Champaign-Urbana) and University of North Carolina at Chapel Hill. She is a fellow of the College of Fellows of the American Theatre. 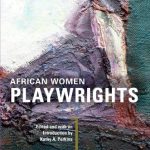