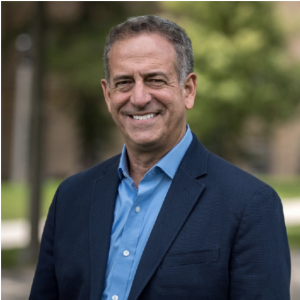 More than any other region of Africa, the nations of the Great Lakes Region have had virtually no democratic transition at the Presidential level for decades. This seminar will discuss the circumstances and personalities that have led to this stagnation, the consequences for the region, and the prospects for normal transition in the future in the DRC, Rwanda, Uganda, and Burundi.
The recent transition in Angola will be considered as well.

Russ Feingold served as a U.S. Senator from Wisconsin from 1993 to 2011 and as a Wisconsin State Senator from 1983 to 1993. Most recently, he was a Visiting Lecturer in Law and Martin R. Flug Visiting Professor in the Practice of Law at Yale Law School.

From 2013 to 2015, Russ served as the United States Special Envoy to the Great Lakes Region of Africa and the Democratic Republic of the Congo. In this capacity, he worked for peace in the long troubled region and was successful in helping broker a peace agreement between regional governments and a militia group known as the M23.  Russ also spearheaded the Great Lakes to Great Lakes Initiative which brought American experts together with African Great Lakes specialists in an important exchange opportunity for the scholars to share management similarities of these two Great Lakes regions and their transboundary lakes.

When in public office, Russ worked to protect treasured natural resources including Wisconsin’s Apostle Islands, combat climate change by expanding clean energy and supported efforts to safeguard the water we drink. He served on and was chairman of the Africa Subcommittee of the Senate Foreign Relations Committee. 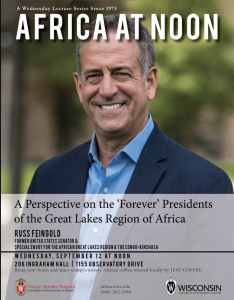