Becoming a Population: Seeing the State, Being Seen by the State, and the Politics of Eviction in Cape Town

This is a past event. You can access the recording here.

Presentation Description
While existing literature has amply demonstrated how states may “see” their populations, we know less about which residents are 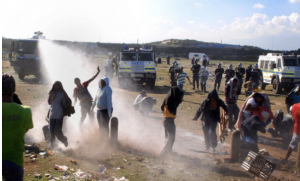 legible to the state as populations. Drawing on extended ethnographic fieldwork and interviews conducted between 2011 and 2019 in Cape Town, South Africa, this paper compares the fate of two large land occupations, one of which was evicted, one of which was not. In doing so, this paper demonstrates how rather than taking “populations” as a given, this status should be understood as an outcome. It suggests that participants in each respective occupation began with different views of the state. In other words, the way residents saw the state impacted each respective organizational outcome, which in turn affected how they were seen by the state. In one occupation, participants saw the state as a partner in obtaining housing, and so they organized themselves as atomized recipients. In the other, they viewed the state as an obstacle, and so they organized themselves collectively. Only in the latter case were residents viewed as a population; in the former, they were all evicted. Ultimately, this paper argues that by bringing tools from political sociology to bear upon urban ethnography, we can gain insight into a process otherwise overlooked in the literature, allowing us to make sense of a question that is central to understanding urban politics in the global South: how do municipal governments decide which occupations to evict and which to tolerate?

Description of Attached Photo
The Anti-Land Invasion Unit and South African Police Service work together to force land occupiers from their homes in Mitchells Plain, Cape Town’s largest so-called “Colored” township. These coercive methods were contested and made their way to the High Court. Despite countless delays and appeals over the course of the next year, all of the occupiers on this field were ultimately evicted. 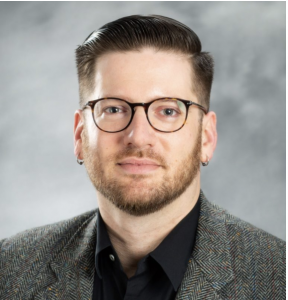 Zachary Levenson is an Assistant Professor of Sociology at the University of North Carolina, Greensboro and a Senior Research Associate at the University of Johannesburg. His ongoing research in South Africa synthesizes political and urban sociology, investigating how the post-apartheid state manages surplus populations, pairing housing delivery and eviction as twin technologies of rule. More generally, he is interested in social and political theory, urban studies, development, and ethnography. Levenson’s new projects include a comparative analysis of global populism since 2008 and an intellectual history of South African writing on racial capitalism. He is currently completing his first book, entitled Delivery and Dispossession: Land Occupation and Eviction in the Post-Apartheid City. His work has appeared in Urban Studies, the Journal of Agrarian Change, Qualitative Sociology, International Sociology, Contexts, Catalyst, and elsewhere. He is also a founding editor of the recently launched journal Spectre.