DIMENSIONS OF CITIZENSHIP: THE CASE OF THE DEMOCRATIC REPUBLIC OF THE CONGO 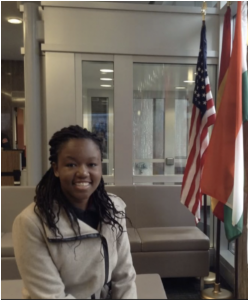 Political Science PhD Candidate, Irène Tombo will kick off our Spring semester Africa at Noon Series. As the Jordan Prize winner, Irène is the only graduate who will present at Africa at Noon this semester. She will present her prize-winning paper, “Dimensions of Citizenship: The Case of the Democratic Republic of the Congo,” which was nominated for the Jordan Prize by Professor Scott Straus.