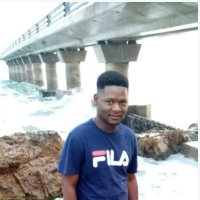 This event has passed. Recording can be found here.

The Ndau are a Bantu ethnic group in the Zambezi valley, in central Mozambique to the coast and eastern Zimbabwe. In both countries, Ndau religious life is similarly predicated on continuing relationships between the living and the dead. A symbiotic relationship exists between the spirits and the living who are always inextricably, mutually and coherently integrated in a single cosmos. On one hand, VaNdau (Ndau people) depend on midzimu (spirits of ancestors), madzviti (spirits of Nguni warriors), zvipuntha (spirits of young girls), zvaayungu (spirits of African liberation fighters) and mphongo (Mozambican/Zimbabwean spirits) for healing, protection, guidance, fertility and security during times of personal, familial, and communal crises. On another hand, the spirits themselves solely rely on the living for physically embodiment to maintain and massage their spirit-to-spirit and spirit-to-man relationships in the human world. Drawing on ethnographic data collected from both Mozambique and Zimbabwe, the study examines the extent to which indigenous elements of spirituality continue to sustain, reinforce and reflect the multiple, and sometimes contested, notions of Ndau identities in both countries. Because most VaNdau, including staunch Christians, believe strongly in the spirit world, which conveniently is always in contact with the human world through spirit possession, the study investigates the level to which both ‘local’ and ‘foreign’ spirits’ continuous engagement with VaNdau have ‘tied and kept Ndau people together’ (Patricio, undated) through cultivating personal, familial, communal and even transnational relationships among Mozambicans and Zimbabweans despite their countries’ geopolitical separation. It establishes that spirits have helped influence, (re)create, (re)shape, reinforce and solidify shared transnational Ndau identities, histories, cultures, and languages that have thus far successfully defied the arbitrarily drawn artificial international boundary that separates Mozambique and Zimbabwe.

Description for your work

The Unified Spelling Guide for Ndau was published in 2016. It was published a part of a larger PhD project that sort to reform the spelling and writing system as one among several strategies of intellectualising Ndau in Zimbabwe. It is contains two sections, one in ChiNdau and another in English. It contains individual sound symbols, digraphs and trigaphs that are not only specific to Ndau as it is spoken in Zimbabwe and Mozambique. Such features do not exist in orthography blueprints for related languages such as Shona in Zimbabwe. Following orthographic inconsistencies and inaccuracies noted on social media platforms and other formal domains such as education, the Unified Spelling Guide for Ndau was an intervention that sought to reform and improve the way Ndau speaker-writers spelled and write their mother-tongue. The Spelling Guide was a resounding success and it has already been adopted and adapted for use in Zimbabwe as the orthography for Ndau. It has, thus far, already been used as the guiding orthography template that informed the translation of the Constitution of Zimbabwe (2013) into ChiNdau. Similarly, language paractitioners such as creative writers, scholars and speaker-writers have relied on it in producing materials in indigenous languages in Ndau.

Emmanuel Sithole is a budding Zimbabwean scholar who is currently pursuing a Postdoctoral Research Fellowship at Northwest University in South Africa. He studied at the University of Zimbabwe from where he obtained an Honours and Master of Arts Degree in African Languages (2005-2010). He proceeded to Rhodes University where he graduated with a PhD in African Languages. His PhD focuses on the intellectualisation of Ndau, a marginalised minority language spoken in Zimbabwe and Mozambique through examining a raft of strategic interventions to solve the historical, linguistic, cultural, social, technological, economic and political impediments afflicting Ndau people in the both countries. Dr. Sithole’s research continues to shine a spotlight on the wider Sociolinguistic Situations in and around marginalized transboundary languages, cultures and identities in southern Africa. Some of his on-going academic work is published by prestigious international publishers such as Oxford University Press (2022) and Cambridge University Press (2020). He also has several articles published in reputable local and regional journals such as African Identities (2018; 2021); Language Matters (2019; 2020); Indlinga (2021) and Lexikos (2017).

Dr. Sithole previously worked as a fulltime lecturer in the Faculty of Humanities at The Catholic University of Zimbabwe (2012-2014) where he taught courses in Sociolinguistics, Lexicography and African Literature. During that time, Sithole passionately participated in language lobby and advocacy activities to push for the development and intellectualization of Ndau in Zimbabwe. He is currently an intellectual advisor to the Ndau Language and Culture Association that successfully lobbied Zimbabwe’s then Government of National Unity (2009-2013) to constitutionally recognise Ndau as an official language in 2013. He is also a language policy advisor to the Ndau Materials Development Panel that creates educational and other materials to facilitate the teaching and learning of Ndau as an indigenous language subject in Zimbabwean schools. In that regard, Dr. Sithole designed a spelling guide for Ndau (2016), translated seven Children’s stories into Ndau and is currently compiling the first monolingual Ndau dictionary.