Radiant Matter: The Long Shadow of French Nuclear Imperialism in the Living Sahara 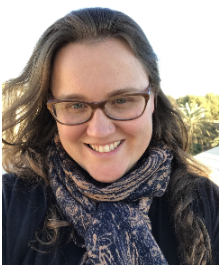 Prof. Jarvis’s talk explores the critical possibilities of aesthetic representation for apprehending and addressing the slow violence of French nuclear imperialism that targets desert ecosystems and epistemologies for destruction. Beginning in 1960, near the end of Algeria’s long war to end 132 years of French colonial occupation (1830-1962), the French military carried out seventeen nuclear bomb detonations at secret bases constructed for this purpose in what is now the Algerian Sahara. This French imperial ‘radiance’ has left an enduring radiological and epistemological legacy whose effects have not been fully measured or studied, let alone redressed. Taking off from a premise that maps and archives are political instruments that have helped to render seventeen nuclear bomb detonations on the African continent at once justifiable and forgettable, this talk is grounded by close analysis of transmedial artworks by Bruno Hadjih, Elisabeth Leuvrey, and Ammar Bouras. 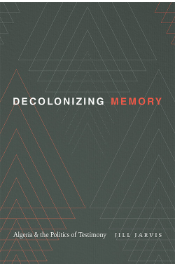 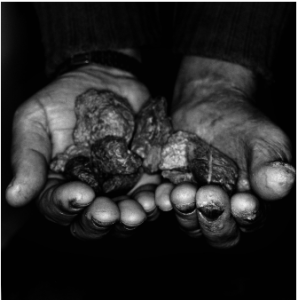 Jill Jarvis is Assistant Professor in the Department of French at Yale University, where she is on the Councils of African Studies and of Middle East Studies and is a founding member of the interdisciplinary Desert Futures Collective. Her first book, Decolonizing Memory: Algeria & the Politics of Testimony, was published by Duke UP in 2021. A second book, Signs in the Desert : Aesthetic Cartographies of the Sahara, is under contract with U Chicago Press. Other writing appears in New Literary History, Representations, PMLA, The Journal of North African Studies, Yale French Studies, Expressions maghrébines, and elsewhere.