“Reporting on a crisis: COVID-19 journalism in Africa”

This is a past event, organized in partnership with the Pulitzer Center Campus Consortium. 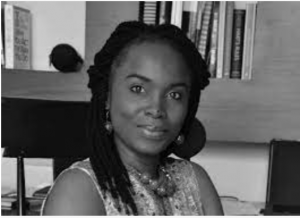 Ejiro Umukoro is a multi-award-winning broadcast anchor, investigative journalist, media executive and social entrepreneur. A Nominee of ICFJ Knights Award, she is a Fellow and Awardee of the Wole Soyinka Centre for Investigative Journalist Report Women Leadership Program, WanaData South/South Champion, Winner British Council International Communications Entrepreneur (IYXE) representing Nigeria at the Global Awards in the UK and Pulitzer Grantee. Her impactful work across the media ecosystem has seen her interviewed by BBC London in the UK, Daily Trust, Channels TV, TVC, Voice of Nigeria, Nigeria Info, NewsWire.NG, Eko FM, Media Career Development Network, Pointer Newspaper, and ICFJ Knights Fellowship/ICIR Webinar, UNESCO/UNEVOC World Youth Skills Day 2020, UN 75th Anniversary on MDGs, Mentor with the ICIR-MacArthur Foundation Capacity Building for Journalists, and Pioneer General Manager of MEGA 89.1FM, Warri, Delta State.Umukoro’s Data-Driven Investigative Report into Rise of Female Student Cult-Gangs in Delta State prompted proactive steps by Delta State Government to declare an emergency in the educational sector in addressing this issues across schools in Delta. During the COVID-19 Lockdown, Ejiro Umukoro’s Investigative Series into Spike of Domestic Violence in Nigeria, Broken Girls and Broken Boys Trapped Under COVID-19 has had such an impact as a key voice that amplified the stories of victims to a global audience, which culminated alongside other human rights activists to the overwhelming call for the declaration of a State of Emergency into rape, and domestic violence by the Federal Government of Nigeria and the passing of the Violence Against Persons Prohibition Act (VAPP Act) in Delta State where she resides. She is mentoring over 109 student journalists in over 10 universities across Nigeria in an ongoing Media Mentoring training programme through LightRay Media. Ejiro Umukoro’s Mission in life is to inspire the greatness in people and to create sustainable creative economies in a digitally converging global community. Learn more about her Pulitzer Center reporting project on COVID-19 in Africa.

She is also the author of Distortion, a fictional mental health thriller coming on the heels of her investigate report into gender-based-violence and child abuse. The book is based on true life incidences she has witnessed or reported on in the course of her career as an anchor, journalist, mentor, and media trainer, tapping deeply into the Nigeria social fabric that reveals deeply entrenched pejorative and stereotyping in a way that makes us question our deepest motivations. Read an excerpt of Distortion, and order copies of the book here. You can also learn more about the inspiration behind the book and its timeliness in light of the recent #ENDSARS movement in Nigeria through this interview with the author. Connect with Ejiro Umukoro on Twitter, LinkedIn, and Facebook.

Ugandan Fredrick Mugira is an award-winning water and climate change 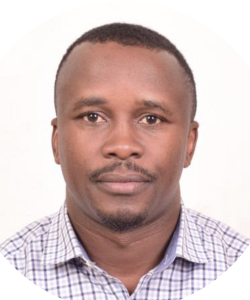 journalist, media trainer and development communication specialist with about 15 years of wide-ranging experience. He is currently the CEO for Water Journalists Africa, a non-profit media group that brings together over 700 journalists in 50 African countries to report on water-related issues. He is also co-founder of InfoNile, a GeoJournalism platform that maps data on water issues in the Nile River basin and overlays them with journalism stories to promote transboundary peace. In addition, Fredrick works as an editor with Uganda’s leading multimedia house—Vision Group.A National Geographic Storytelling explorer, and a Pulitzer Center Grantee, Fredrick has reported from various countries in Africa, Europe and Asia and the United States. Among his accolades are the prestigious CNN/Multichoice African Journalist award and the UN Development Journalism Award. He was also awarded the 2018 and 2015 Climate Change Media Partnership (CCMP) fellowships from Earth Journalism Network. Learn more about Fredrick’s projects with the Pulitzer Center, InfoNile, Water Journalists Africa, and Big Gorilla Story. 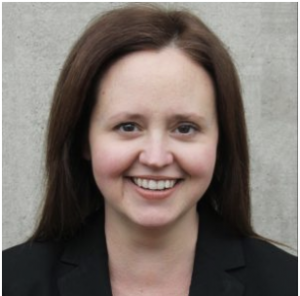 is an associate professor in the School of Journalism and Mass Communication at UW–Madison. She studies global media from a qualitative perspective, especially focusing on two primary questions: 1) What challenges inform the labor of international news reporting and documentary production in the digital age, and 2) how do international news reports and documentaries represent cultural difference, particularly when addressing human rights violations? These questions have led Palmer to pursue research on digital war reporting, local translators and guides, and virtual reality news stories that focus on international human rights issues. Palmer’s first book is called Becoming the Story: War Correspondents since 9/11 (University of Illinois Press 2018). Her second book is called The Fixers: Local News Workers and the Underground Labor of International Reporting (Oxford University Press 2019). Palmer is currently working on two new book projects: one of these conducts a cultural history of the Committee to Protect Journalists. The other book project looks at gender and press freedom in the digital age.Palmer teaches courses on global news networks, gender and sexuality in the media, theories of global communication, and cultural studies. Before her life in academia, she worked as a television news producer.