The Draft as Genre in Kivu Ruhorahoza’s Europa: Based on a True Story

Europa: Based on a True Story. Europa, which was initially titled A Tree Has Fallen, is a film altered and rearranged: pieces of the original story about an undocumented, ghostly Nigerian in London are still there in the film’s revision, alongside an artful mix of quasi-ethnography, autobiographical film essay, explication du texte, and ghost story. I argue that Europa is a story of successive revisions; it is a story of drafts. It is a story, like many stories about filmmaking in Africa, of the film that cannot yet be made. The draft is likewise a work that has not ended; it is a provisional version of something that exists, tentatively, before the deadline, something in the process of becoming another matter. The aims of my presentation are to explore the draft as a genre (especially as it unfolds in Ruhorahoza’s film), and to encourage further scholarly work on the “unfinished” in African filmmaking. 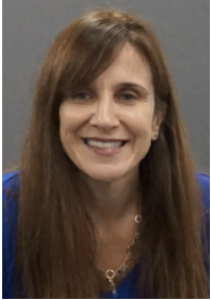 Pennsylvania State University, Greater Allegheny. Her books include The Western in the Global South (coedited with Rita Kerestezi and Dayna Oscherwitz, Routledge), Hollywood’s Africa After 1994 (Ohio University Press), and the Historical Dictionary of French Cinema (with Dayna Oscherwitz, Scarecrow Press). She has published articles in Research in African Literatures, African Literature Today, African Studies Review, Tydskrif vir Letterkunde, and Tulsa Studies in Women’s Literature, among other scholarly venues. She is an executive producer of Kivu Ruhorahoza’s film, Europa: Based on a True Story (2019), and associate producer of two films by Jean-Pierre Bekolo: Mudimbe’s Order of Things (2015) and Naked Reality (2016). Her next project is a book on the expansion of the terms of trauma in African cinema. In 2020, she received a George W. Atherton Award for Excellence in Teaching

Kivu Ruhorahoza is an award-winning Rwandan filmmaker based in Kigali. Kivu’s work has been showcased at A-List festivals including Sundance, IDFA, TriBeCa, Sydney, Rotterdam, Warsaw, Melbourne, Rio, Venice and renowned museums and venues such as the Tate Modern (as part of Olafur Eliasson’s Little Sun project), the MoMA, the BFI Southbank and many others. Kivu’s work includes the feature films Europa (IDFA 2019 in Competition), Things of the Aimless Wanderer (Sundance 2015), Grey Matter (TriBeCa 2011 in Competition), the short film Anthropology and Tourism in the Wake of a Romantic Break Up, the musical film The Orgelbuechlein Project (with organist William Whitehead) and the ongoing visual installations The Eating Series and Ghosts in the Cities.