This paper will explore the shift towards multilateralism in French military policy in Africa after the Rwanda genocide of 1994. It begins by briefly setting out the unilateral approach that marked French military policy in Africa prior to the genocide. France’s support for the Habyarimana regime in the runup to the genocide and its role in the country during and after the genocide drew widespread condemnation, leading to a comprehensive re-evaluation in Paris of French military policy in Africa. Yet France continued to intervene unilaterally in its pre carré (traditional sphere of influence) for several years, without seeking approval from the UN or regional bodies. It was only after the turn of the century that there was a clear shift to a multilateral approach. Yet how ‘new’ is this approach when set against the historical backdrop of French military interventions in Africa? Using a historical institutionalist lens, employing the notions of critical junctures, ‘layering’, and ‘drift’, the paper will explore the path-dependent practices that have resulted in the new multilateral approach being grafted onto the old unilateral approach. It will show that the cost of unilateral interventions, the fear of fuelling anti-French sentiment in Africa, and the quest for legitimacy led France towards a multilateral approach. Yet this was accompanied by a long-standing French antipathy to military coalitions and the desire to maintain operational autonomy. Thus, while France’s engagement in the Sahel is characterised by an ostensibly novel multilateral approach, it does in fact combine new and old norms, ideas, and practices. 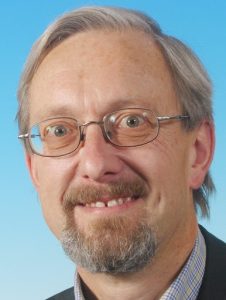 Tony Chafer is a Professor of African and French Studies at the University of Portsmouth (UK). He is a historian specializing in francophone Africa and French relations with Africa in the late colonial and post-colonial periods. His monograph The End of Empire in French West Africa: France’s Successful Decolonization? was published in 2002. It was updated and published in French in a new edition by Presses Universitaires de Rennes in 2019. He has published numerous articles on French Africa policy, including ‘Beyond Françafrique – the state of relations between France and Africa’, in Europa Regional (50, 2022); ‘France in Mali: towards a new Africa strategy?’, in International Journal of Francophone Studies (2016), ‘French African policy in historical perspective’, in T. Young (ed.), Readings in the International Relations of Africa (2016); and ‘Hollande and Africa policy’, in Modern and Contemporary France (2014). He edited (with Alexander Keese) Francophone Africa at Fifty (2013). He has acted as a consultant on French Africa policy to the British Foreign Office.