“We Have Always Been There”: African Women, Agency, and Resistance

This event was a joint meeting of the AFRICA AT NOON seminar series, the COMPARATIVE POLITICS COLLOQUIUM, and the INTERNATIONAL RELATIONS COLLOQUIUM.

Presentation Description
The androcentrism of African anti-colonial narratives has for too long distorted how scholars understand power and politics in Africa. Despite the extensive literature on African women’s contributions to anticolonial resistance, they remain mostly absent from mainstream historical and political analyses of past and current African political landscapes. The paper argues that this is rooted in African politics scholarship’s stubborn lack of systematic consideration and investigation of women as agents in their own right throughout history. Using feminist International Relations scholarship, it explores the theoretical and historical underpinnings of women’s erasure from narratives about the emergence of the modern African state. It also argues that the European social construction of gender imposed during the colonial encounter influenced which nationalist spaces of contestations were taken seriously and recorded during the independence process. Therefore, this paper counters this theoretical gap with evidence of the various dimensions of female agency and their impacts during anti-colonial struggles. 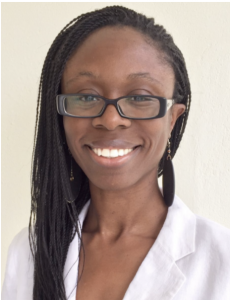 Dr. Yolande Bouka is an Assistant Professor in the Department of Political Studies at Queen’s University. She is a scholar-practitioner of peace and conflict whose research and teaching focus on state-society relations, political violence, gender, and field research ethics in Sub-Saharan Africa. She holds a Ph.D. in International Relations from American University. Her current research is a multi-sited historical and political analysis of female combatants in Southern Africa. Her research has received support from the Fulbright Scholar Program, the American Association of University Women, and the Social Sciences and Humanities Research Council of Canada. Prior to joining Queen’s University, she was a Visiting Assistant Professor at the Elliott School of International Affairs at the George Washington University, and a Post-Doctoral Fellow at the University of Denver.