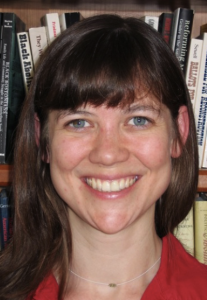 Koko’s Daughters: Interracial Marriage on the Gold Coast During the Atlantic Slave Trade

Koko’s Daugthers follows six generations of Ga families in Accra marrying their daughters to Danish men employed at the slave trading fort Christiansborg. The story begins in the early eighteenth century and ends in 1850 when the Christiansborg was sold to the British. It traces the changing power dynamics of the Atlantic world. It shows how the increasing strength of the European colonial system shaped individual lives and families of West African and European slave traders, and how the spatial organization and the material culture of these families shifted in a European direction. The first generations of Ga women who married Danish men continued to live in compounds in Osu with their mothers, sisters, other female relatives, and children, but towards the end of the century some Ga-Danish women lived with their Danish husbands in European-style stone houses, with European clothes, furniture, cooking pots, and children with European names, whom they sent to church and school at the Danish fort. Over the course of the Atlantic slave trade, the cultural frontier shifted toward the expectations and practices of the European husbands.

Pernille Ipsen specializes in the social and cultural history of the Early Modern Atlantic world with a broad interest in interracial marriage and developments in social categories of gender and race during European colonialism and cultural encounters around the globe.