Feminist Theory and Practice in the African Diaspora 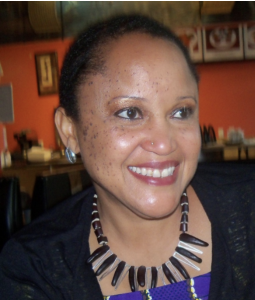 This presentation builds on earlier work, which explored the ways in which transnational feminist analyses can be deployed to configure new gendered, racialized, and sexualized cartographies of the African Diaspora in Europe. First, I position contemporary documentary film representations of trafficked Nigerian sex workers in Italy and Greece in dialogical relation to 19th century discourses of black sexuality-in particular, the trope of Black Venus-and reassess historical and geographical (dis)continuities in their modes of signification. Second, by linking endemic factors that continue to feed the supply of Nigerian women for the purposes of (in)voluntary participation in this new sex trade encounter, such as poverty, I address the extent to which women can be both victims and exercise agency. The objective of this think piece is to map a more complex, critical and global feminist theoretical framework of the African Diaspora that incorporates these more recent gendered clandestine movements from West Africa to Europe and addresses human rights concerns of protection, prevention and freedom .

Jayne O. Ifekwunigwe was formerly Reader in Anthropology at the University of East London (UK), where she taught for ten years, and is currently a Visiting Associate Professor of African and African American Studies at Duke University. A native of London, she received a Joint Ph.D. in Medical Anthropology from the University of California, Berkeley/San Francisco. Her ethnographic research in the former slave port city of Bristol, England on ‘mixed race’ identities, families and memories has been published widely including as both Scattered Belongings: Cultural Paradoxes of ‘Race’, Nation and Gender as well as the now canonical ‘Mixed Race’ Studies, which she introduced and edited. The gendered processes of human trafficking and human smuggling from West Africa to Europe and the exigencies of survival are the focus of her current research. She has already published in numerous anthologies and journals, and is now preparing a book manuscript, which seeks to broaden our understanding of the global African Diaspora and address the contemporary geopolitical complexities of both Africa and Europe. 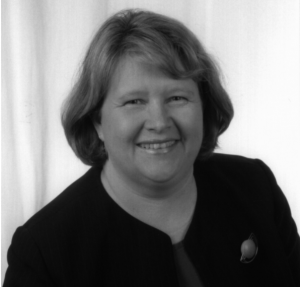 Discourses on Gender Differences in Africa and the Diaspora

Aili Tripp
Professor of Political Science and Gender & Women’s Studies; Director of Center for Research on Gender and Women
University of Wisconsin-Madison

One of the ironies of Western feminist discourse on difference is that a discussion that attempted to break down universalizing tendencies ended up theorizing difference in universalizing ways. The discussions of intersectionality, for example, often made it seem that the Western understanding of difference was applicable not only globally, but even temporally. Yet Western feminist discussions of difference need to be contextualized and situated in a broader comparative and historical perspective as do other understandings of difference. This paper explores a variety of discourses of difference that have emerged in African and diasporic contexts, with a particular focus on postconflict African contexts, where they have been most salient.

Aili Mari Tripp is Professor of Political Science and Gender & Women’s Studies at the University of Wisconsin-Madison. She is also director of the Center for Research on Gender and Women. Tripp is completing a book entitled, Gender, Power and Peacemaking in Africa. She has published Museveni’s Uganda: Paradoxes of Power (2010), co-authored a book with Isabel Casimiro, Joy Kwesiga and Alice Mungwa entitled African Womens Movements: Transforming Political Landscapes (2009), and is author of Women and Politics in Uganda (2000) and Changing the Rules: The Politics of Liberalization and the Urban Informal Economy in Tanzania (1997). Tripp has edited and co-edited four other volumes and has published articles and book chapters on gender and politics in Africa, global feminism, civil society in Africa, women in post-conflict African countries, and on democratization in Africa. She co-edits a book series with Stanlie James on Women in Africa and the Diaspora  for the University of Wisconsin Press. Born in the UK, she has lived 15 years in Tanzania and has dual citizenship in the US and Finland. She has carried out fieldwork in Tanzania, Uganda, Liberia and Angola.