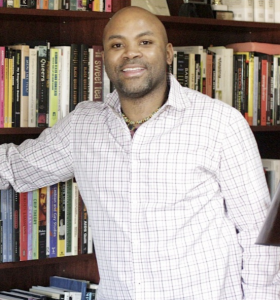 Marlon M. Bailey is an Assistant Professor of Gender Studies and American Studies at Indiana University-Bloomington. His forthcoming book manuscript, Butch Queens up in Pumps: Gender, Performance, and Ballroom Culture in Detroit will be published by the University of Michigan Press in this spring. Butch Queens up in Pumps is a performance ethnography of the House/Ball community in Detroit MI. and throughout North America. Dr. Bailey’s essays have been published in Feminist Studies, Souls, The Journal of Gay and Lesbian Social Services and in several book collections. Marlon’s essay “Engendering Space: Ballroom Culture and the Spatial Practice of Possibility in Detroit” will appear in the forthcoming Themed Issue, for which he is also the co-editor, entitled “Gender and Sexual Geographies of Blackness” for Gender, Place, and Culture: The Journal of Feminist Geography.

Bailey is the recent recipient of the Joan Heller Bernard Fellowship from the Center for Gay and Lesbian Studies (CLAGS) in New York City. His is also co-winner of the Modern Language Association/GLQ Caucus’s Compton-Noll Prize for best article in LGBTQ Studies. Marlon holds a PhD in African American Studies with a designated emphasis in Gender, Women, and Sexuality from the University of California-Berkeley. 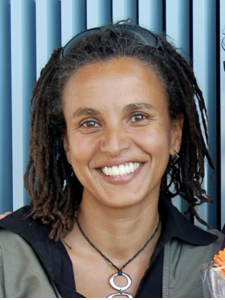 Fatima El-Tayeb is Associate Professor of Literature and Ethnic Studies and associate director of Critical Gender Studies at the University of California, San Diego. She is the author of two books, European Others. Queering Ethnicity in Postnational Europe (University of Minnesota Press 2011) and Schwarze Deutsche. Rasse und nationale Identitaet, 1890-1933 (Black Germans. Race and National Identity, 1890-1933, Campus 2001), as well as of numerous articles on the interactions of race, gender, sexuality, and nation, most recently “’Gays Who Cannot Properly be Gay.’ Queer Muslims in the Neoliberal European City,” European Journal of Women’s Studies, February 2012 vol. 19 no. 1.

Co-sponsored by the African Studies Program and the African Diaspora and Atlantic World Research Circle with support from the Anonymous Fund.