Theorizing Masculinity in the African Diaspora

A light lunch will be served, made possible with support from the Mellon Foundation. 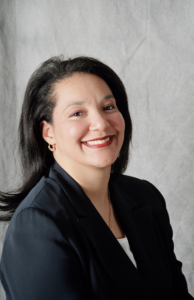 and The Social Construction of the African Diaspora: A Case-Study of the Black Male Crisis in Popular Culture, Public Policy, and Formal Politics

Dr. Nikol G. Alexander-Floyd is Associate Professor of Women’s & Gender Studies and Associate Member of the Political Science Graduate Faculty at Rutgers University-New Brunswick. A lawyer and political scientist, her interdisciplinary scholarship and teaching integrate the study of politics, law, women’s studies, and Black studies. An award-winning educator, she teaches a range of courses on Black feminist theory, Black women’s political activism, and race, gender, media, and the law. Dr. Alexander-Floyd is the author of Gender, Race, and Nationalism in Contemporary Black Politics (Palgrave MacMillan 2007), and her articles have appeared in leading journals such as The International Journal of Africana Studies, Feminist Formations, Frontiers: A Journal of Women’s Studies, Meridians: Feminism, Race, Transnationalism, The National Political Science Review, Politics & Gender, PS: Political Science & Politics, and Signs. Her next book investigates melodrama and post-feminist, post-civil rights fantasies in U.S. culture and politics.

This presentation will focus on the African Diaspora as a socially constructed terrain that is shaped by processes of racialization and gendering. As such it will focus on three narrative sites, namely: Crash, fatherhood initiatives, and the Obama 2008 campaign. It demonstrates the deeply masculinist definitions and dynamics of Black male crisis ideology, suggesting an alternative libratory Black feminist framework in which to situate African Diasporic politics, scholarship, and pedagogy. 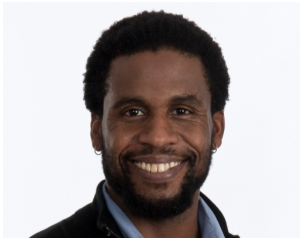 Lance T. McCready, Ph.D. is Associate Professor of Urban Education in the department of Curriculum, Teaching and Learning at Ontario Institute for Studies in Education, University of Toronto. He was born in Brooklyn, New York and obtained his undergraduate degree in psychology from Carleton College, and MA and Ph.D. degrees from University of California, Berkeley in social and cultural studies. Dr. McCready is an interdisciplinary social scientist whose research and writing focuses on the education, health and well-being of urban youth, in particular, young black men and boys, and queer youth of color. He recently published Making Space for Diverse Masculinities, a critical ethnography of gay and gender non-conforming black male students in an urban high school.

What does it mean to be a “problem” population in United States and Canadian urban centers? How do urban institutions, accountable to public policies of the nation state, intervene in health and education outcomes of these populations? In this presentation Dr. McCready mobilizes theories of urbanization, diaspora, queer of color critique and masculinities to consider the possibilities and limitations of interventions for one of the most infamous “problem” populations in North America: young black men and boys of African and Caribbean descent.

The Mellon Foundation New International Studies Lecture series is supported by a grant from the Mellon Foundation to develop new approaches to area and international studies. The intent of the series is to begin pointing the way toward a new international studies conceived as cross-regional and cross-disciplinary conversation, rooted in the deep particularities of place and in the insights of disciplinary research, but transcending both.