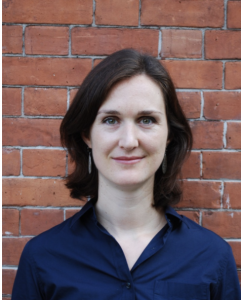 A Tale of Two Cities: Dar es Salaam, Dodoma and the Making of African Socialism in Tanzania

Emily Callaci is an historian of modern East Africa, with a research focus on twentieth century urban Tanzania. She is currently working on a book manuscript about urban migration and cultural politics during Tanzania’s socialist era, from 1967 through 1985.

In 1972, Tanzania’s ruling party called for the construction of a new and authentically African national capital city to be built in the nation’s sparsely populated central region of Dodoma. In the campaign to promote the new national capital, boosters portrayed the former capital of Dar es Salaam—Tanzania’s largest city, located on the Indian Ocean coast—as a site of historic racial injustices, in the form of the slave trade, colonial conquest and capitalist incursion. This paper takes the vision of these two cities as an entry point for interrogating linkages between notions of landscape, historical memory and race in the philosophy of African socialism in Tanzania.