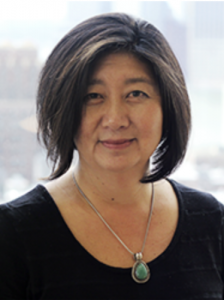 The Politics of Chineseness in South Africa: From the Apartheid Years to 2014

South Africa is one of the few African countries with a critical mass of ethnic Chinese people – one large enough to impact local and national politics. Over the years, the Chinese have been targeted because of their Chineseness; periodically, they have also used their Chineseness – their ethnic difference from other South Africans as well as their links to China (as in “Rising China”) and the Chinese factory (or Chinese manufacturing power) – to further their own interests in the country. Park explains some of the differences between the three main communities of Chinese in South Africa – the third- and fourth-generation Chinese South Africans, the Taiwanese South Africans, and the newer waves of mainland Chinese. She also explores the shifting connections and identifications with China and Chineseness over time.

In addition to her research, writing, and teaching, she is the co-founder and current convener of the Chinese in Africa/Africans in China (CA/AC) Research Network, an international network of scholars, researchers, graduate students, journalists, filmmakers and practitioners. The CA/AC Research Network, in partnership with the Social Science Research Council, is committed to sharing the most up-to-date research and other resources on China/Africa issues. More information can be found on the China-Africa Knowledge Project Resource Hub, at http://china-africa.ssrc.org/.

Dr Park is the author of A Matter of Honour. Being Chinese in South Africa (Jacana/Lexington Books) and dozens of articles and book chapters in scholarly publications including Les Temps Modernes, African Studies, African & Asian Studies, Transformation, the Journal of Chinese Overseas, and African Studies Review. Her current research interests include ethnic Chinese in southern Africa and perceptions of Chinese people by local communities; migration; race, ethnicity and identity; race, class and power dynamics; affirmative action and Chinese South Africans; and xenophobia. She also has done work on issues of gender and gender-based violence, international development, and arts & culture in South Africa and the United States.

Dr. Park has a PhD from University of the Witwatersrand (Sociology); an MA from Fletcher School at Tufts University (International Relations); and a BA from Pitzer College (Sociology and Women’s Studies).