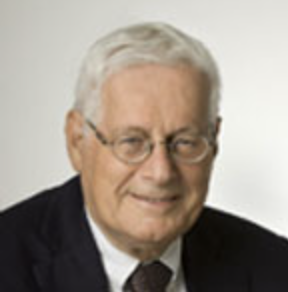 Strengthening Peace and Security in Africa: The Next 20 Years

African states and international partners have made remarkable progress since the end of the Cold War in ending conflicts and assisting peoples emerging from protracted wars to rebuild their societies and institutions.  The challenge ahead will be to lay the foundation for durable peace and sustained economic development on the African Continent for the next two decades.   This will require a broader vision of Africa’ s peace and security architecture as well as new efforts to encourage and sustain educated young Africans working on the Continent.

John L. Hirsch is currently a senior adviser to the International Peace Institute President Terje Rød-Larsen after having held various positions at IPI, including Vice President and Acting Head of the Africa Program. He is also Adjunct Professor at Columbia University’s School of International and Public Affairs (SIPA) and served as Director of the Occidental College United Nations Program from 2002-2011.

Before joining IPI, Ambassador Hirsch served as United States Ambassador to the Republic of Sierra Leone from 1995-1998. His extensive African experience includes assignments in Somalia from 1984-1986, and subsequent roles as Political Adviser to the Commander of UNITAF, General Robert Johnston, and as Deputy to President Bush’s Special Envoy, Ambassador Robert Oakley from 1992-1993.

Ambassador Hirsch served as Consul General in Johannesburg, South Africa from 1990-1993, the years of transition from apartheid to non-racial multiparty democracy. His earlier assignments in Israel at the start of the Middle East peace process in the mid-seventies and, subsequently, at the US Mission to the United Nations and in Pakistan have dealt with major issues of multilateral diplomacy and United Nations peacekeeping.

Ambassador Hirsch was a Senior Fellow at the Council on Foreign Relations in 1993 and 1994 and Diplomat-in-Residence at Medgar Evers College, City University of New York, from 1994-1995. He was Director of the International Fellows Program at Columbia University’s School of International and Public Affairs for the 2000-01 academic year.

Ambassador Hirsch received his BA in American studies from Columbia University in 1957 and his PhD in European history from the University of Wisconsin in 1965. He was a Fulbright Scholar in Turin, Italy, in 1962 and 1963, where he wrote a dissertation on the Italian Resistance Movement and its impact on postwar Italian political developments.

His publications include Sierra Leone: Diamonds and the Struggle for Democracy (Lynne Rienner, 2001) and Somalia and Operation Restore Hope: Reflections on Peacemaking and Peacekeeping, co-authored with Ambassador Robert B. Oakley (US Institute of Peace, March 1995). His chapter “Peace and Justice: Mozambique and Sierra Leone Compared” appeared in Peace versus Justice? The Dilemmas of Transitional Justice in Africa, edited by Chandra Lekha Sriram and Suren Pillay (Durban: University of KwaZulu-Natal Press, 2009).