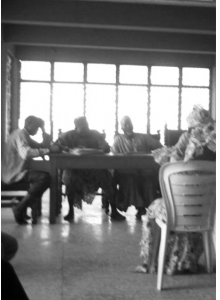 In 2002, Muslim activists in Lagos State took it upon themselves to set up what amounts to a private arbitration tribunal—the Independent Sharia Panel (ISP). The ISP was established to fill what the activists regard as an urgent need: for some forum in Lagos State which administers Islamic law. The talk will describe the Lagos ISP: who is behind it, what it is, and how it is getting along in the world.