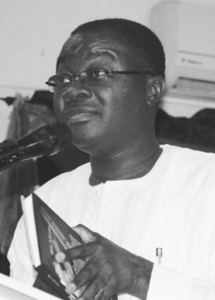 Boko Haram Terrorism As Threat to Nigeria’s Unity and Democracy

Description:
If there is any affair for which Nigeria has been critically in the news of recent (and most likely will be for a while longer), it is the terrorism of the Islamic sect, Boko Harram (translated as “Western education is sin”). Connected to Al Qaeda, the group’s reach within Nigeria is dangerously far and wide. The north of the country, in particular, has become a near helpless victim. Police stations, major markets, and emirs’ palaces have been attacked repeatedly, and Muslim leaders who criticise the sect are
targeted for assassination. For the first time in the history of contemporary Nigeria, we have boys who have chosen to be suicide bombers. Their demand: Islamise Nigeria; Islamic theocracy or nothing. America, Britain, France and Germany have volunteered to help Nigeria solve this security problem since the bombing of the UN office in the nation’s capital, Abuja, and the bombing of a church in Madalla on Christmas eve in which many lives were lost. What are the antecedents of this group? What are the dangers it poses to Nigeria’s putative democracy and its well-being, and even the rest of the world?
Speaker’s Bio:
Kunle Ajibade, based in Lagos, Nigeria, is Co-Founder/Publisher and Executive Editor of TheNEWS weekly magazine and P.M. NEWS, an evening daily. Both are part of the corporate Independent Communications Network Limited (ICNL), which he also co-founded. ICNL is one of Nigeria’s preeminent multi-media business outfits, dedicated to the promotion of the principles of civilized nationalism, democracy, political and economic pluralism, liberty and equality of the various ethnic groups of the Nigerian Federation.

Ajibade attended the University of Ife, where he earned a B.A. in English and an M.A. in Literature in English. He worked in Grant Advertising as a copywriter, and as accomplished journalist in African Concord (senior correspondent) and in the African Guardian (assistant editor). In 1995, he was jailed for life because of a story published in TheNEWS and was only released in 1998 when his jailer, the then Head of State General Sani Abacha, died. Ajibade won the 1998/1999 Feuchtwanger Fellowship to write his prison memoir, Jailed for Life: A Reporter’s Prison Notes, which was published in February 2003 by Heinemann Educational Books (Nig.) Plc. The book won the first Victor Nwankwo Book of the Year Award instituted by the Nigerian Book Fair Trust. Beyond an account of his jail-time experience, it is also a revealing extended reflection on professional journalistic practice and integrity in unyielding authoritarian contexts. In 2008, his second book, What a Country! was published by BookCraft.