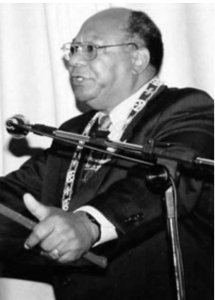 African Studies as the Platform for African Diaspora Studies? Reflections on Comparative Tropical History at UW-Madison

Description:
African history at Wisconsin was initially grouped with Latin American and Asian histories in Comparative Tropical History, the brainchild of Philip Curtin. While the notion of Comparative Tropical history may seem antiquated today, nevertheless, the emphasis on a comparative approach with a strong emphasis on Africa was extraordinarily generative for graduate students. Indeed, UW produced a generation of distinguished scholars who are now widely understood to be pioneers in the field of African diaspora history. Among these students were several from Jamaica who Curtin urged to enroll in the graduate program in the mid 1960s. In a conversation with Jim Sweet and the audience, Franklin Knight will reflect on his decision to come to UW Madison from Jamaica, his experiences in the Comparative Tropical History program, his decision to conduct research on slave societies in the Americas, the influences of Curtin, Vansina, and his graduate colleagues on his ideas about African diaspora studies, and his thoughts on the future relationship between African history and African diaspora history.

Speaker’s Bio:
Franklin Knight is The Leonard and Helen R. Stulman Professor of History at Johns Hopkins University, where he is currently serving as interim director of the Center for Africana Studies. Professor Knight is a Latin American and Caribbean historian who specializes in the social and economic history of the late colonial period, with particular interest in American slave systems and the modern Caribbean. A Hopkins faculty member since 1973, Knight’s major publications include Slave Society in Cuba During the Nineteenth Century (1970); The African Dimension of Latin American Societies (1974); UNESCO General History of the Caribbean, Volume III: The Slave Societies of the Caribbean; and, with Teresita Martinez Vergne, Contemporary Caribbean Cultures and Societies in a Global Context (2005). He holds a BA from the University College of the West Indies-London and a PhD from the University of Wisconsin at Madison.
*Co-sponsored by the African Diaspora and Atlantic World Research Circle.