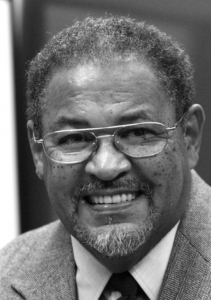 Speaker’s Bio:
Edmond J. Keller is Distinguished Professor of Political Science, and former Director of the UCLA Globalization Research Center-Africa and of the James S. Coleman African Studies Center at the University of California-Los Angeles. He specializes in comparative politics with an emphasis on Africa. Keller received his B.A. in Government from Louisiana State University in New Orleans, and his M.A. and Ph.D. from the University of Wisconsin-Madison. He has taught at Indiana University, Dartmouth College, the University of Wisconsin-Madison, Xavier University (New Orleans), and the University of California-Santa Barbara. Keller has been a visiting research scholar at the Institute for Development Studies (Nairobi, Kenya), the Bureau of Educational Research (Nairobi), the United Nations Economic Commission for Africa, the Africa Institute of South Africa, and the University of California-Berkeley Institute for International Studies. Also, he has consulted widely on issues relating to African Development and public policy, and, more recently, on the process of political transitions in Africa, and on African regional security issues.
Among his professional activities, Keller served on the Council of the American Political Science Association (APSA), 2000-2002; Executive Committee of the Comparative Politics Section of the APSA, 1996-98; and in 2007-8 his was co-program Chair (with Jane Junn), for the APSA 2008 Annual Meeting. He has also served on the Editorial Board of the Western Political Science Association and the National Journal of Political Science; as Editor of the Journal of African Policy Studies, as treasurer for the North American Chapter of the African Journal of Political Science, and as vice president and president of the African Studies Association. Keller was the recipient of the African Studies Distinguished Africanist Award for 2008.
Keller is the author of two monographs: Education, Manpower and Development: The Impact of Educational Policy in Kenya (1980) and Revolutionary Ethiopia: From Empire to People’s Republic (1988). Professor Keller has also written more than 50 articles on African and African American politics, and has co-edited four books: Afro-marxist Regimes: Ideology and Public Policy (with Donald Rothchild, 1987); South Africa in Southern Africa: Domestic Change and International Conflict (with Louis Picard, 1989), and Africa in the New International Order: Rethinking State Sovereignty and Regional Security (with Donald Rothchild, 1996). Africa-US Relations: Strategic Encounters (with Donald Rothchild, 2006). His most recent publication edited with Robert Hill is: Trustee of the Human Community:He is co-editor, with Ruth Iyob, of the forthcoming book, Religious Ideas and Institutions and Democratization in Africa. Keller’s main research currently is on issues of political transitions in Africa, cultural pluralism and nationalism, US-Africa Relations, and conflict and conflict management in Africa.