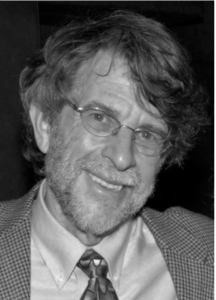 When the Past Plays Out in the Present: A Personal Narrative of the Production of Knowledge and the UW African Studies Program

Description:
The 1960’s were a critical moment in the study of African History. It was also a time when a community of scholars in African Studies helped to push the boundaries of knowledge in new and important ways. I will explore the production of knowledge at that moment and how my training at the University of Wisconsin shaped my intellectual formation as a scholar, teacher, and program Director of the MacArthur Foundation-funded Interdisciplinary Center for the Study of Global Change.

Speaker’s Bio:
Allen Isaacman’s first book Mozambique,The Africanization of a European Institution: The Zambezi Prazos 1750-1902, based on his dissertation, won the Melville J. Herskovitz Award as most distinguished publication on African Studies in 1972. He has published widely on the history of Mozambique and the larger region of Southern Africa. His most recent studies include Cotton is the Mother of Poverty: Peasants, Work and Rural Struggle in Colonial Mozambique 1938-1961 and Slavery and Beyond: The Making of Men and Chikunda Ethnic Identity in the Unstable World of South Central Africa, 1750-1920, co-authored with Barbara Isaacman. He is currently completing a monograph entitled Mega Dams, Displacement and the Delusion of Development: Cahora Bassa 1965-2010 with Barbara Isaacman. He has trained almost 50 PhD’s many of whom are teaching in Southern Africa.