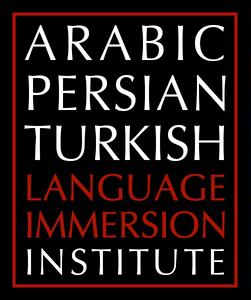 While most students put down textbooks for the summer months, some choose to study global languages and cultures right here in Madison.

The Arabic, Persian and Turkish Languages Immersion Program (APTLII) brings students and professionals from around the country together for an eight-week language immersion experience, created to improve the participant’s ability to communicate effectively in his or her target language, according to APTLII coordinator Scott Trigg.

“By having the students live together on campus, we create an environment where they can put their language skills into practice,” Trigg said. “In addition to language skills, we aim to provide participants with a broader understanding of the history and culture of the region.”

The program began in 2004 as summer Arabic immersion organized by UW-Madison Professor Dustin Cowell, but has since grown to incorporate Persian and Turkish languages, drawing an annual group of about 65 students since the three languages came together in 2010.

Participants include professionals from the diplomatic service, armed service and students from universities across the countries. And for some, like UW-Madison undergraduate and FLAS recipient Seth Huiras, one summer is just the beginning.

Huiras first studied Arabic at APTLII in 2010, and will be immersing himself in Arabic again this summer.

“Besides meeting new and interesting people, I want to strengthen my Arabic language skills in the most effective way possible,” Huiras said. “I know from experience that this program will do just that.”

Huiras is again looking forward to the experience and says he has already begun to dream in Arabic.

“I hope to find and live out more dreams in the Arab world,” Huiras said. “And I look forward to a career that allows me to do so with fluency in multiple languages.”

Participants are not the only ones looking forward to APTLII 2014.

Said Hannouchi, UW-Madison Arabic T.A. and APTLII Arabic instructor, is also gearing up for his fourth summer with the program.

“I am looking forward to meeting new students, supporting them and seeing their language capacity grow within a short span of time,” Hannouchi said.

Hannouchi is also excited about the weekly field trips, outdoor sports and mini-courses designed to build community around other languages and cultures.

APTLII 2014 begins on June 14 and will run through August 9 on the University of Wisconsin-Madison campus.

To learn more about APTLII or how you can get involved, visit the program’s website here.