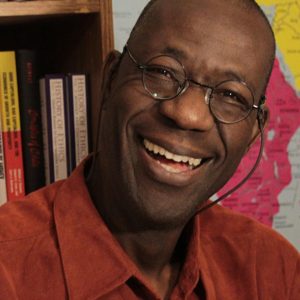 The African Studies Program is honored to announce the Tejumola Olaniyan International Student Travel Award. The award, initiated this year, was made possible by a generous contribution from Olaniyan’s family to honor the late professor for his extraordinary scholarly contributions and mentorship. International graduate students in good standing from any department or program at the University of Wisconsin-Madison engaged in the study of Global Black Cultures are eligible to apply. The award is intended to support domestic or international travel by the student to conduct research, archival work, and/or creative or artistic endeavors. Awardees may receive up to $4000 to support their research. 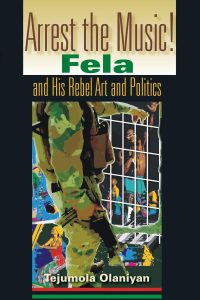 Professor of English and African Cultural Studies and the Wole Soyinka Professor of the Humanities. Olaniyan was an internationally recognized scholar of African, African American, Caribbean literature, postcolonial studies, and popular culture studies, whose distinguished body of work serves as a foundation for other scholars around the world in Global Black Cultural Studies. Olaniyan received his B.A. and M.A. degrees from the University of Ife (now Obafemi Awolowo University) and an M.A and Ph.D. from Cornell University. He was known for his influential publications, such as Scars of Conquest/Masks of Resistance (1995) and Arrest the Music: Fela Kuti and his Rebel Art and Politics (2004), among others. Teju’s intellectual contributions remain central to the field. As African Studies Program Faculty Director Luis Madureira notes, “It is impossible to express the full measure and significance of his loss to our intellectual community. We are routinely reminded of it whenever we re-acquaint ourselves with his provocative and incisive scholarship in the course of our regular teaching and research activities.” 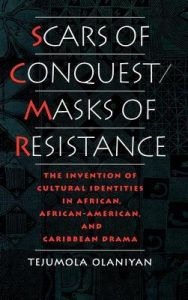 But Teju’s influence extended well beyond his scholarship. He was dedicated not only to producing knowledge but to disseminating it through supporting collaborations and exchanges between institutions in Africa and the global north. According to Olaniyan’s wife Mojisola Olaniyan (Assistant Dean, UW-Madison Law School), Teju was singularly focused on teaching and mentoring the next generation of scholars, such as graduate students and new assistant professors in the numerous domains of Black Cultural Studies. According to Ms. Olaniyan, “He subscribed to the need, as he used to say, to ‘redistribute power in creative ways.’ ‘It was better than not,’ he would continue, ‘to have intellectual ideas generated and made available in public discourse even if those ideas are not thoroughly thought out.’” Ms. Olaniyan recalls that Teju’s life was guided by these principles of free, open, intellectual exchange. She notes that for over 30 years, Teju packed only books when he traveled back home to Nigeria each year. Books that he would leave with the many up and coming scholars he mentored. As Luís Madureira says:

“One essential way in which Professor Olaniyan’s passing leaves an immense and unfillable void is how it abruptly suspended his long-standing and deep-seated commitment to mentoring and supporting a large cohort of students of the literary, artistic, and cultural expressions of the African continent.”

Upon his passing, Ms. Olaniyan and her daughters, Bola and Bimpe Olaniyan created the Tejumola Olaniyan International Student Travel award to celebrate Teju’s legacy. Moji writes, “Bola, Bimpe and I could think of no better tribute to Teju’s commitment to empowering aspiring scholars than to provide travel funds for field research for UW Madison graduate students to do field research in any area of interest in Black Cultural Studies globally. The UW Madison African Studies Program (ASP) is the perfect home for such an initiative in our humble opinion.”

The African Studies Program is extremely grateful to be entrusted with a program that honor’s Teju’s legacy. The inaugural recipient of the award will be announced in early April.

“We are deeply grateful for the far-sightedness and profound generosity Moji, and Bola, and Bimpe Olaniyan, who have gifted the endowment for the Tejumola Olaniyan International Student Travel Award and thus ensured that this indelible and integral part of his legacy will endure for many years to come. We cannot think of a more fitting tribute,” said Madureira.

Persons interested in fostering talent and promoting the study of global Black cultures can extend the impact of this generous gift by also donating to the award. To make your tax deductible gift, visit the University of Wisconsin Foundation website today.