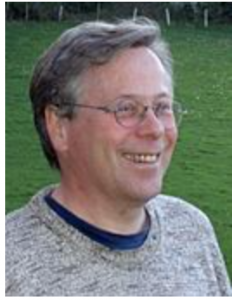 Imperial Skulduggery and Entangled Memory Politics between Namibia and Germany

Kössler attended university at Heidelberg where he took his Master’s degree in Eastern European History in 1972; further studies in Leeds (Chinese History and Institutions) 1972-73 and in Münster where he completed his PhD in sociology in 1978. During 1979, executive secretary of Information Centre on Southern Africa in Bonn; from 1980, lecturer in the department of sociology of Münster university, reader (Habilitation) in 1987, adjunct professor in 1993. He has also taught sociology, political science, social anthropology and history at the University of Applied Science (FH) Münster, and at the universities of Bremen, Oldenburg, Hanover, Dar es Salaam, Frankfurt am Main, Bayreuth, Berlin (FU), Ritsumeikan (Kyoto, Japan), Freiburg im Breisgau, Zürich and Vienna. Currently, he is at Arnold Bergstraesser Institute in Freiburg (Breisgau) and since 2012, he is adjunct professor of political science at the University of Freiburg. Since the beginning of 2013, he serves as director of the Arnold Bergstraesser Institute.

Publications include eleven authored and ten edited books, as well as numerous articles, covering theory of society and development, current issues, primarily concerning Southern Africa, Eastern Europe and East Asia, sociology of work, nationalism and ethnicity and institutional pluralism, as well as wider aspects of international politics. More recently, he has developed an intense interest in memory politics, focusing on practices in Namibia, and also on issues involving the German genocide in Namibia in 1904-1908. In this connection, Negotiating the Past: Namibia and Germany is scheduled to appear in 2015.