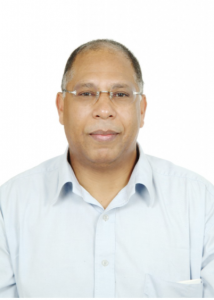 Education in Africa: Then and now; still now and then

The paper looks at the developments in education in Africa between 1905 and 2015. It draws on a series of reports on ‘the educational subjects and educational systems of the chief crown colonies and possessions of the British empire’ (1905) and on similar reports at the time on the ‘training of native races’ to illustrate the attitudes towards and resultant policies on the provision of education. It argues that education was provided sparingly and occasionally and for some at least, the prevailing belief was that the African was ineducable, perhaps just about trainable. Much has happened since; but have things really changed? The paper will draw on recent data on learning and teaching in Africa, and on current debates in the British media about support to African education to examine the question.

David Johnson is an experienced researcher and policy analyst  in African education. He is currently studying, through a randomized control trial, policy options for teacher recruitment and retention in Rwanda. The study is in collaboration with economists from Georgetown University, Oxford, and the World Bank. He has worked closely with the Rwanda Education Board on the development of a new curriculum and assessment policy (supported by DFID) and currently with the Federal Ministry of Education in Sudan (Basic Education Recovery Programme) on the development of a National Learning Assessment (supported by the Global Partnership for Development and the World Bank). In 2013, he carried out large-scale assessments of the professional knowledge and skills of teachers and head teachers and assessments of student learning in 5 States in northern Nigeria (UNICEF, 2014) and similar studies in support of the Education Sector Support Programme in Nigeria (ESSPIN) in 6 states between 2008 – 2010 (supported by DFID). In all a total of 110,000 teachers were assessed in 11 States.  The publication of the first of these reports by the Kwara State Government in 2008 led to significant reform of initial and in-service teacher education. The impact of the research is reported in a number of publications below and in several media outlets.