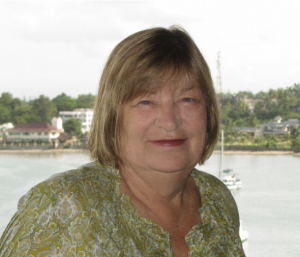 In recent years, Swahili literature has been widely studied by historians and anthropologists as well as by scholars in other disciplines. Many of these studies have been multidisciplinary and cross-disciplinary in intriguing ways. Some have raised challenges to all of us who read Swahili texts. Others might be enhanced by greater attention to symbolism and to questions of narration. At the same time literary studies of Swahili seem to have taken a “back to basics” turn to a renewed emphasis on translation and the establishment of texts.

Ann Biersteker is the author of Kujibizana: Questions of Language and Power in Nineteenth and Twentieth Century Poetry in Kiswahili and Masomo ya Kisasa: Contemporary Readings in Swahili. She also co-edited Mashairi ya Vita vya Kuduhu: Poetry of the Battle of Kuduhu and “Swahili Literature and Language,” Oxford Bibliographies Online. She was an associate editor for literature and languages of the New Encyclopedia of Africa and contributing editor of Women Writing Africa: The Eastern Region. She translated Gakaara wa Wanjaũ’s novel Hingo ya Paawa/Wa’Nduuta During the Coup Attempt and she has published numerous articles on African literature. Biersteker has taught 22 study abroad courses in East Africa including the first three Fulbright-Hays Group Projects Abroad Swahili programs. Her 1984 Ph.D. is from the University of Wisconsin, Department of African Languages and Literature.