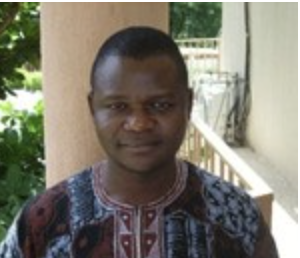 Imaginative literature in West Africa, like other parts of Africa, is a by-product of urbanisation. Many writers have depicted various dimensions of city life in their countries, through the genres of the novel, drama, poetry, and short story. They have grappled with the socio-political and economic conditions that exist in the cities, sometimes pitching the subalterns who live on the fringes of urban existence against the people of power. This is evident in the works of writers like Armah, Awoonor, Sutherland, Ekwensi, Achebe, Soyinka, Osofisan, Ousmane, Sowfall, and Sarif among others. This research focuses on the urban experience as captured in the postcolonial literature of West Africa. While considering the nature of politics that shape this experience, it contends that to understand the extent of postcolonial predicament, it is necessary to conceptually interrogate the cities. This is the crux of in-depth analyses of relevant primary texts in the research.

Gbemisola Adeoti is Professor in the English Department and Director of the Institute of Cultural Studies at the Obafemi Awolowo University, Ile-Ife, Nigeria. His areas of teaching and research include Dramatic Literature, Poetry, Literary History/Theory, and Popular Culture. Adeoti is author of the book, Voices Offstage: Nigerian Dramatists on Drama and Politics (2009), and the short monograph, Aesthetics of Adaptation in Contemporary Nigerian Drama (2010). In addition, he is the editor of Muse and Mimesis: Critical Perspectives on Ahmed Yerima’s Drama (2007), and co-editor of Intellectuals and African Development: Pretension and Resistance in African Politics (with Bjorn Beckman, 2006); After the Nobel Prize: Reflections on African Literature, Governance and Development (with Mabel Evwierhoma, 2006); and IBA: Essays on African Literature in Honour of Oyin Ogunba (with Wole Ogundele, 2003). Adeoti was once a Reporter/Researcher with The News magazine, Lagos, before joining the academia. He is also a poet and author of the collection of poems, Naked Soles (2005), and other poems in edited anthologies. He was a British Academy Visiting Fellow at the Workshop Theatre, University of Leeds, United Kingdom, in 2008, and a Postdoctoral Fellow of the African Humanities Program in residence at the International Institute for Advanced Studies of Culture, Institutions and Economic Enterprises (IIAS), Accra, Ghana from 2009-2010. Adeoti is currently Presidential Fellow of the African Studies Association/ACLS (2012).