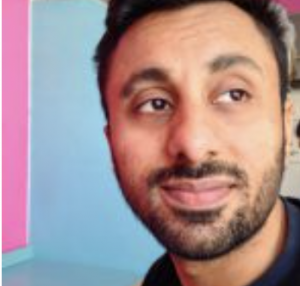 Few visitors to Cairo would characterize the city as cute. They might call it majestic, overcrowded, dirty, or thrilling, but cute? What does cuteness mean in a place like Cairo and why is it so central to the lives of those who live there? This talk will propose that cuteness is a vector through which we can explore the affective dimension of the current cultural, social, and economic circumstances of the largest city in the Arab World and North Africa.

Adam Talib is assistant professor of classical Arabic literature at the American University in Cairo. His research into forgotten episodes in the history of classical Arabic poetry has been published in the Journal of Arabic Literature, Arabica, Annales Islamologiques, and elsewhere. His first as-yet untitled monograph will be published in the Brill series Studies in Middle Eastern Literatures in early 2017. Adam has also co-edited a volume on classical Arabic mujūn (or obscene literature) entitled The Rude, the Bad, and the Bawdy: Essays in Honour of Professor Geert Jan van Gelder, which was published by the Gibb Memorial Trust in 2014. Adam is also a translator of modern Arabic literature and has translated novels and short stories by Egyptian, Syrian, Saudi, Algerian, Iraqi, and Sudanese authors. His most recent translation, Raja Alem’s The Dove’s Necklace (co-translated with Katharine Halls), was published earlier this year.