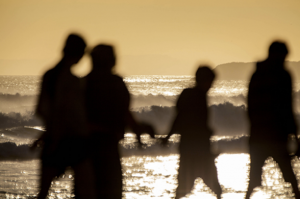 The Mediterranean Refugee Crisis: Perspectives from Europe, Africa, and the Middle East

A round table discussion with
Paul Cardwell
Reader in EU External Relations Law and Director of Internationalisation, School of Law
University of Sheffield

*Note: The Pyle center requests that you enjoy your lunch before or after the event. Coffee and tea will be provided.

This roundtable will be hosted via live video link and include panelists at the University of Wisconsin-Madison and the University of Sheffield’s Centre for International and European Law. The panelists will offer a broad view of the refugee crisis by offering European, African, and Middle Eastern perspectives

Paul James Cardwell’s areas of expertise lie in European Union (EU) Law and Politics, with a particular emphasis on External Relations and Migration. His first book (2009) used the Mediterranean and Migration to explore the complexity of the EU’s legal and political relations beyond its borders. More recently, he has published articles in leading journals on the contemporary governance of EU migration and in particular ‘new modes of governance’. He is currently looking at how migration fits into the debate in the run-up to the UK referendum on EU membership.

Bríd Ní Ghráinne is a lecturer at the School of Law, University of Sheffield where she teaches international law, human rights law, and the law of forced migration. Bríd completed her doctorate in 2014 at St. Antony’s College, University of Oxford. Her research was funded primarily by the National University of Ireland Travelling Studentship in Law and focused on the relationship between the protection of Internally Displaced Persons and International Refugee Law. Bríd also holds an LLM cum laude in Public International Law from Universiteit Leiden, the Netherlands, and a BCL (International) from the National University of Ireland, Galway. Previously, she worked as a legal researcher in the Irish Department of Foreign Affairs and Trade.

Başak Yavçan is the Keyman Modern Turkish Studies Visiting Scholar at Northwestern University and an Assistant Professor in the Political Science Department at TOBB University of Economics and Technology in Turkey. She received her PhD from University of Pittsburgh with a focus on comparative politics and international relations and worked as a visiting researcher at New York University. She specializes in comparative political behavior, mostly in relation to inter-group relations in the forms of public opinion toward immigration and the European Union (EU) and comparative immigrant acculturation attitudes. She published several articles, reports, and book chapters on German attitudes towards immigration, on public opinion towards Turkish accession in the EU, on the effect of newspaper frames on Euroskepticism in Germany and Turkey and on the role of social inclusion in bolstering institutional trust among European Muslims. She has also published on the Europeanization of the Turkish Parliament, state pressures on Turkish media as well as the change and determinants of media criticism of the government in Turkey. Her current research focuses on the inter-group dynamics resulting from the mass influx of Syrian refugees in Turkey with an emphasis on the  societal and political attitudes of Syrian displaced people. She is a member of and reviewer for several academic associations and the regional coordinator of the Turkish non-partisan, election monitoring NGO “Vote and Beyond”.​

This roundtable event is co-sponsored by the Center for European Studies and the Jean Monnet Centre of Excellence and the African Studies Program.