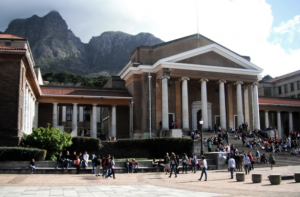 Apartheid was not only produced by hate-mongering fiends. Intelligent, well-mannered people believed that individual liberties could best be secured by racial separation, and they worked with the South African state to achieve that end. This talk will explore some of the problems attendant in a study of a once well-known but now largely forgotten “bad liberal” professor of political philosophy, and the University of Cape Town in the heyday of apartheid.

Teresa Barnes teaches African history and gender studies at the University of Illinois. She holds degrees from Brown University and the University of Zimbabwe. She lived in Zimbabwe and South Africa for 25 years, returning to the US in 2008. She has written on women, labor and migration in colonial Zimbabwe; gender and higher educational culture in southern Africa; problems of knowledge production in African higher education.