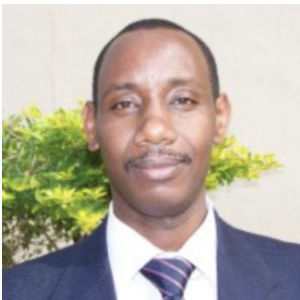 The study documents and analyzes hundreds of oral texts for children which I collected in three Ugandan languages: Luganda, Runyankore/Rukiga and Rufumbira/Runyarwanda. They include riddles (variously called ebikokyo, ebishakuzo/ebiito, and ibisakuzo); folktales (engero, enfumu, and imigani); and children’s songs (obuyimba bw’abaana, ebikwate or obweshongoro bw’abaana, and uturirimbo tw’abaana respectively). I discuss the social-cultural and performance context within which these texts are performed and understood, I discuss their form and social relevance in the child culture in Uganda, and the narrative strategies used by the tellers. I analyse the material basing on close reading and content analysis. Further, I discuss the procedures I used to record the texts in the original African languages and to transcribe and translate them into English. I attempt to answer questions regarding transfer of oral elements to the page: for example, what choices ought to be made in the transcription and translation process? What are the problematics of achieving “transparency” when dealing with “untranscribable” and “untranslatable” elements of the oral text?

This study is significant not only because it analyzes field-based material recorded from the skilled griots in the target communities, but also because it makes an original contribution to children’s literature and folklore scholarship in Africa. The project is the first in Uganda to comprehensively collect and contextually study these texts targeting young people, while at the same time surveying the historiography of collecting such materials in Uganda from the colonial era to date. Moreover, by presenting this corpus of texts in the original languages and in English translation, the project has opened up this field-based material to further scholarly analysis.

Aaron Mushengyezi graduated with a Doctorate in English from the University of Connecticut, Storrs, USA. He is currently an Associate Professor at Makerere University and a CAPREx Research Fellow at the Centre of African Studies, University of Cambridge in the United Kingdom. He has held several prestigious awards including Post-doctoral fellowships by the African Humanities Program (AHP) of the American Council of Learned Societies (ACLS), and the Cambridge Africa Partnership for Research Excellence (CAPREx). He is a specialist in children and young adult literature, and he has coordinated several bi-lingual book projects in Ugandan schools. He has authored several articles and books, including Oral Literature for Children: Rethinking Orality, Literacy, Performance, and Documentation Practices (Rodopi, 2013) and Twentieth Century Literary Theory (Makerere, 2003). He has also contributed to The Oxford Encyclopedia of Children’s Literature (Oxford, 2006) and he recently edited Media for Young People in Uganda: Introduction to Theory and Practice (Fountain, 2017).