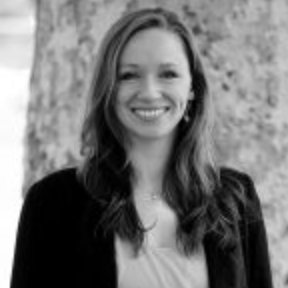 “Women, War, and Power in Rwanda”

Less than ten years after its horrific genocide, Rwanda elected the world’s highest percentage of women to parliament. In years since, Rwanda has been held up as an example of women’s political empowerment that complicates the popular image of women as merely the victims and spoils of war. In her forthcoming book War, Women, and Power: From Violence to Mobilization in Rwanda and Bosnia-Herzegovina (Cambridge University Press 2018), Berry examines the ways that the violence in Rwanda did, in many ways, catalyse women’s political mobilization—although not in the way that many have assumed. In addition, she explores the limitations of that mobilization, illustrating how the advancement of Rwandan women in formal political institutions has obscured the continued oppression of and marginalization of Rwandan women more broadly. Berry’s talk for the African Studies Program will engage the current political realities in Rwanda, the state of women’s political participation and development, and limitations of women’s empowerment efforts in authoritarian states.

Dr. Marie Berry is an Assistant Professor at the Josef Korbel School of International Studies at the University of Denver, where she is an affiliate of the Sié Chéou-Kang Center for International Security and Diplomacy. She is the Co-Director of the Inclusive Global Leadership Initiative (IGLI), an effort to catalyze research, education, and programming centered on the role that women and other underrepresented groups play in leading movements to advance peace and security across the world. Her first book, War, Women, and Power: From Violence to Mobilization in Rwanda and Bosnia-Herzegovina (forthcoming at Cambridge University Press), examines the impact of war and genocide on women’s political mobilization in Rwanda and Bosnia. She is currently involved in several collaborative research projects, including on women’s contributions to innovations in peacebuilding in Nepal; the durability of hybrid regimes in Rwanda and South Africa; and, with the Rift Valley Institute, on the influence of women in Kenyan politics. Her work has been published in places like Signs: Journal of Women in Culture and Society, New Political Economy, Mobilization, Politics & Gender, Foreign Policy, The Society Pages, and Political Violence @ A Glance. She completed her Ph.D. in sociology at UCLA in June 2015.