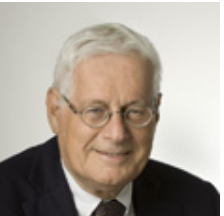 “Africa in 2016: Challenges and Opportunities”

This presentation will highlight the important transformation of the Organization of African Unity into the African Union in 2002. The transition from the principle of non-interference to the principle of non-indifference, as expressed by former AU Chairperson Alpha Oumar Konaré, has led over the past decade to African Union peacekeeping deployments in Burundi, Darfur, Mali, Somalia and the Central African Republic.

Against this background Ambassador Hirsch will consider two key questions : what are the prospects for the AU to deal effectively with ongoing challenges for peace and security in Burundi, the Democratic Republic of the Congo (DRC), South Sudan and Somalia?  What should be the role of the African Union’s international partners, especially the United States, the United Nations and the European Union?

John L Hirsch is currently Senior Adviser at the International Peace Institute (IPI) with a special focus on peace and security issues in Africa. Previous positions include Vice President and Acting Head of IPI’s Africa Program from 1998-2005.  From 2002-2011 he served as Director of the Occidental College United Nations Program in New York.  Since 2000 he is an Adjunct Professor at Columbia University’s School of International and Public Affairs (SIPA).

Ambassador Hirsch’s 32 year career in the U.S. Foreign Service (1966-1998) focused on assignments at the United Nations, in Africa and the Middle East including as United States Ambassador to the Republic of Sierra Leone (1995-98) and in Somalia as Political Advisor to the Commander of UNITAF, General Robert Johnston, and as Deputy to President Bush’s Special Envoy, Ambassador Robert Oakley in 1992-93. He served as Consul General in Johannesburg, South Africa from 1990-93, the years of transition from apartheid to non-racial multiparty democracy.

His publications include Somalia and Operation Restore Hope: Reflections on Peacemaking and Peacekeeping, co-authored with Ambassador Robert B. Oakley, U.S. Institute of Peace, March 1995 and Sierra Leone: Diamonds and the Struggle for Democracy, Lynne Rienner, January 2001. Further analysis appeared in “Sierra Leone” in The UN Security Council From the Cold War to the 21st Century, David M. Malone, ed  Lynne Reinner 2004. His chapter “Peace and Justice : Mozambique and Sierra Leone Compared” appears in Chandra Lekha Sriram and Suren Pillay, eds., Peace versus Justice? The Dilemmas of Transitional Justice in Africa (Durban: University of KwaZulu-Natal Press, 2009 and James Currey, US and UK, 2010).

Articles on the IPI Global Observatory include Mali after the Elections (2013), Violence in South Sudan (2014), Conflicting Trends in Europe (January 2015) and  Israeli Poll Result Reverberates at the UN (March 2015). His most recent chapter on “Somalia” appears in The UN Security Council in the 21st Century, Sebastian von Einsiedel, David M Malone and Bruno Ugarte editors, Lynne Reinner 2016.