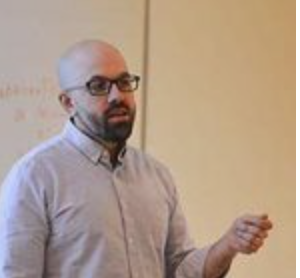 Between 1951 and 1981, the white-minority government of South Africa ran a school for art teachers at Ndaleni, Natal. In this talk—which draws on the research presented in his book, The Art of Life in South Africa—Daniel Magaziner, Associate Professor in the Department of History, Yale University, considers the history of art and education under a white supremacist government. Magaziner traces the trajectories of the idea of art, the politics of culture under apartheid, and especially the lives and experiences of the nearly 1000 African teachers who trained at the school.

Daniel Magaziner is associate professor of history at Yale University, specializing in 19th and 20th century African history. He received his Ph.D. at the University of Wisconsin – Madison in 2007. His first book, The Law and the Prophets: Black Consciousness in South Africa, 1968 – 1977 (2010) is an intellectual history of South Africa’s Black Consciousness Movement, emphasizing the interaction between politics and theology that spurred resistance to white supremacy during the late 1960s and decisively marked the politics of the 1970s. His second book, The Art of Life in South Africa (2016) is a collective social biography of students and teachers at the apartheid government’s school for the training of African art teachers, which operated between 1951 – 1981. It explores the possibilities and limits of art production – and thus, self-expression – both before and during apartheid. His current research is on the history of architecture, design and urbanism across postcolonial Africa.