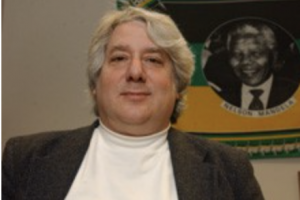 This lecture will examine the history of a Diola tradition of prophetic revelation that is neither Christian nor Muslim, but is indigenous to the Diola, awasena, religious tradition. Before the colonial conquest it was an exclusively male tradition. Since the Portuguese, French, and British conquered the area in the late nineteenth century, women prophets, claiming direct revelation from the supreme being, Emitai, have become the majority of prophetic leaders. The most famous of these prophets, Alinesitoue Diatta, actively taught in 1942 and 1943, before being arrested by Vichy French authorities. She was exiled to Timbuctou, where she died of scurvy, in 1944, at the age of 23. Her teachings linked the causes of severe and persistent drought to the problems of Diola conversion to Christianity and Islam, French military conscription and taxation, rural migration to the cities, the abandonment of traditional rice varieties in favor on higher yield more fragile Asian varieties, and the introduction of peanuts as a cash crop. She instituted a new series of rituals to restore a sense of Diola community identity while critiquing French colonial agricultural programs and the exclusivist agendas of Christian missionaries and Muslim teachers.

Robert Baum is an associate professor of African and African American Studies and Religion at Dartmouth College. He is the author of the award-winning book, SHRINES OF THE SLAVE TRADE: DIOLA RELIGION AND SOCIETY IN PRECOLONIAL SENEGAMBIA (New York: Oxford University Press, 1999) and WEST AFRICA’S WOMEN OF GOD: ALINESITOUE AND THE DIOLA PROPHETIC TRADITION (Bloomington: Indiana University Press, 2016) and many articles on the history of African religions, African history, and the comparative study of indigenous religions.