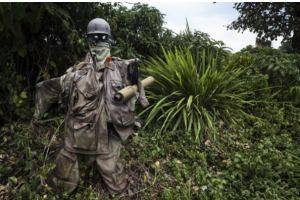 Peeling the Layers of Congo’s Conflict: Understanding the Past and Present of Armed Mobilization

The Congolese conflict is heading into its third decade. Various explanations have been put forward for the persistence of conflict – natural resources, state failure, and foreign meddling to name just three. How can scholars and policy-makers parse the many layers of Congo’s conflict?

Jason Stearns is the director of the Congo Research Group for the Center on International Cooperation at New York University, as well as a PhD candidate at Yale University. He has worked on conflict in Central Africa since 2001 for various organizations, including the UN Group of Experts on the Congo, the International Crisis Group, the United Nations Mission to the Democratic Republic of the Congo (MONUC), and Héritiers de la Justice. He is author of Dancing in the Glory of Monsters: The Collapse of the Congo and the Great War of Africa (2011).