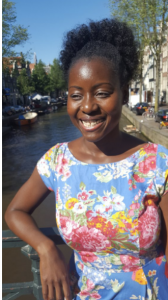 “Beyond the Ring: Boxing, Gender, and the Fight for Cultural Heritage in Anglophone Cameroon, 1960s-1980s”

Beyond the Ring: Boxing, Gender, and the Fight for Cultural Heritage in Anglophone Cameroon, 1960s-1980s

An opinion piece in the Cameroon Times instructed Anglophone Cameroonians in 1964: “Boxing is a noble sport and not just mere fighting. It brings out the best in man…. [I]f all Christians were boxers, there would be love and unity among men.… Surely boxers here are the best Christians because when desperate and in danger in the ring, he is bound by natural instincts to resort to God for assistance.” There was more at stake than sport in such declarations; for Anglophones in Francophone dominated Cameroon, boxing became, and remained into the 1980s, a site of national honor. Moreover, evidence of “good” Christian behavior in sportsmanship provided the means and occasion for arousing a sense of national pride, making Anglophone Cameroonians worthy of respect in the eyes of their people and those in Francophone Cameroon. Boxing was also a way for elites to display Anglophone cultural autonomy to global audiences, as Anglophone Cameroonian boxers participated in the African Amateur Boxing Championships and the Olympic Games boxing competitions. At the same time, in October 1964 Sarrah Agbor’s knockout of a male opponent, H. Nitty, in the second round of their match challenged ideals about Anglophone Cameroonian femininity, which gave women a key role in preserving cultural heritage.

Jacqueline-Bethel Mougoué is an Assistant Professor of History at Baylor University. A feminist historian of Africa, Mougoué is particularly interested in the gendering of identities in modern Africa. Her research interests focus on the gendering of identities in state politics, body politics, and religious politics in Cameroon. Her first manuscript, forthcoming, complicates current academic discourse and ongoing political debates about contemporary Cameroon, a West African country with British and French administrative legacies. Drawing on oral interviews, as well as archival records, Mougoué traces the origin of Anglophone Cameroonian women’s roles in the effort to maintain Anglophone separatism, political identity, and cultural values in a Francophone-dominated federal republic (1961-1972). She is currently working on a second book project that examines religious masculinities and the Baha’i Faith Movement in Anglophone Cameroon, 1960s-2017. Mougoué has shared her research at Yale University, Northwestern University and the University of Cambridge, UK.