“The Habré Trial Was a Success, Let’s Not Repeat It” 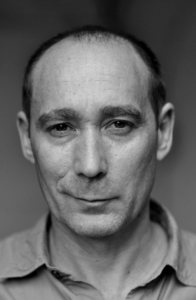 The trial of the former President of Chad Hissène Habré before the Extraordinary African Chambers proved to be a great success for his victims. It provided with a new and efficient model for international justice. That may be why African leaders do not wish it to happen again.

Thierry Cruvellier has covered war crimes trials before most contemporary international criminal tribunals. He is the author of Court of Remorse-Inside the International Criminal Tribunal for Rwanda (Wisconsin University Press, 2010) and The Master of Confessions-The Making of a Khmer Rouge Torturer(Ecco/HarperCollins, 2014). His analysis of the Habré Trial appeared in The New York Times. Former editor of the online newsletter International Justice Tribune, Cruvellier was a Nieman Fellow at Harvard University in 2003-4 and holds a Masters in Journalism from Sorbonne University, Paris. His next book is a story of Sierra Leone over the past four decades.