Nicknamed Nollywood, Nigeria’s film industry, which has existed for barely 20 years, is nonetheless the world’s second largest producer of feature films after India’s film industry, Bollywood, and ahead of Hollywood. Although Nigerian films have been produced since the 1960s, the rise of affordable digital filming and editing technologies starting in the early 1990s has greatly stimulated the country’s video film industry. [Living in Bondage made as early as 1992 is often cited as the first Nollywood film]. Its use of English and aggressive marketing has transformed Nollywood into a booming industry that has pushed foreign media off the shelves. Generating around $200 million per year for the Nigerian economy, this vibrant industry is still virtually unknown in the US. We would like to change that with four films screening in three programs during February and March.

All films are screened at the Cinematheque located at 4070 Vilas Hall, 821 University Avenue. 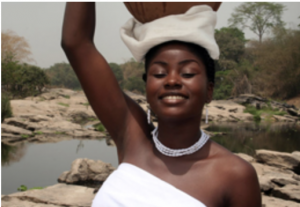 In veteran filmmaker Tunde Kelani’s allegory of contemporary Nigeria, a small-town Yoruba king (a parody of former Nigerian President Obasanjo) decries corruption while he shadily welcomes foreign investors. The King becomes a young dancer’s rival for the heart of a young virgin who carries the sacrificial calabash during the Osun Osogbo festival. Winner of the Heart of Africa Award at the 2009 African Movie Academy Awards. 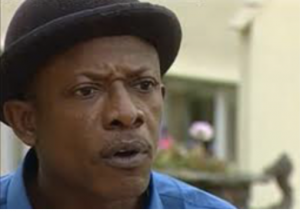 One of the best-loved Nigerian comedies is also one of the first Nigerian movies to reach international audiences. Comedian Nkem Owo, often called the Nigerian Mr. Bean, stars as the lazy village deer-hunter Osuofia, who owes money left and right. When he inherits his brother’s fortune, Osuofia swaps village life for the bright lights of London. The jokes are mostly on him, but he is smart enough to spot a scam when he sees one, at least if it doesn’t involve his brother’s beautiful fiancée Samantha (Mara Derwent). 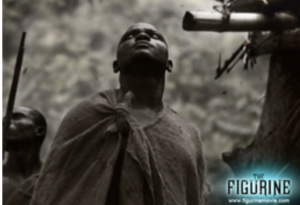 According to legend, whoever discovers Araromire, a mysterious figurine, will be bestowed seven years of good luck. But what comes after the lucky seven years will shock the three friends who find the figurine in an abandoned shrine. Seemingly rooted in tradition and folklore, everything in this unique, award-winning feature is entirely invented for the purposes of the film, even the language on the soundtrack! Actor turned director Afolayan escapes the usual Nollywood limitations with this elaborate production. Winner of 5 African Movies Academy Awards in 2010: Best Director Kunle Afolayan, Best Picture, AMAA Achievement in Visual Effect, Heart of Africa Award for Best Film from Nigeria and Best Performance by an Actor in a Leading Role (Nigerian heartthrob Ramsey Nouah).