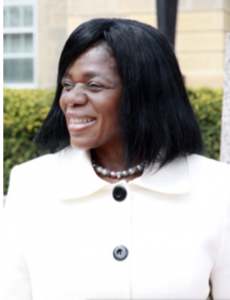 Righting State Wrongs: Enforcing the South African Constitution through the office of the Public Protector

South Africa is a constitutional democracy with a globally celebrated Constitution that gives equal value to all human rights, including social and economic rights and ethical governance. The mechanisms for ensuring accountability for state delivery on these rights and related freedoms include state institutions supporting constitutional democracy. Often referred to as the people’s voice and the state’s conscience, the Public Protector is one of several state institutions supporting constitutional democracy established under chapter 9 of the Constitution. With its primary focus on righting administrative wrongs of the state while exacting accountability in the areas of executive ethics and control over state resources, the Public Protector has emerged as a key non-judicial enforcement mechanism for rights guaranteed in the Constitution, particularly administrative justice rights and socio- economic rights. The lecture will touch on the enabling constitutional and legal framework, key milestones and impact on public accountability in the last few years and future prospects for this institution.

Speaker’s Bio
Thulisile Madonesla serves as South Africa’s Public Protector, an office in which she has gained international acclaim for the integrity and courage with which she has investigated government corruption throughout South Africa. Early in her career, Madonesla taught law; as South Africa moved toward democracy, she helped draft the country’s post-apartheid constitution in 1994. Before becoming Public Prosecutor, Madonsela worked for the ANC-led government on issues of gender equity and labor law, serving on the Independent Electoral Commission and in the Department of Justice. She is a co-architect of Justice Vision 2000, the National Action Plan on the Promotion and Protection of Human Rights, Promotion of Equality and Prevention of Unfair Discrimination Act, Employment Equity Act, Local Government Transition Act and has contributed to several other laws enacted to transform the SA legal system since 1994. Advocate Thuli Madonsela is a member of several professional bodies, including Executive Secretary of the African Ombudsman and Mediators Association (AOMA), a Patron of the South African Women Lawyers Association (SAWLA), a member of the International Ombudsman Association and Fraud Examiners’ Association, the World Justice Forum, and the African Network of Constitutional Lawyers (ANCL).

This event is made possible by the Soffa Distinguished International Visitor Fund which provides a regular public lecture on contemporary issues of global significance.