After 40 years of dedicated work, Michael Schatzberg, Professor of Political Science and African Cultural Studies, announced his retirement at the end of the Spring 2018 semester.

The African Studies Program, the Department of African Cultural Studies, and the Department of Political Science invite you to join us in celebrating Professor Schatzberg’s career with a symposium, titled “Everyday Politics of Life and Culture in Africa,” featuring scholars influenced by his work.

October 13, 2018
The University of Wisconsin-Madison 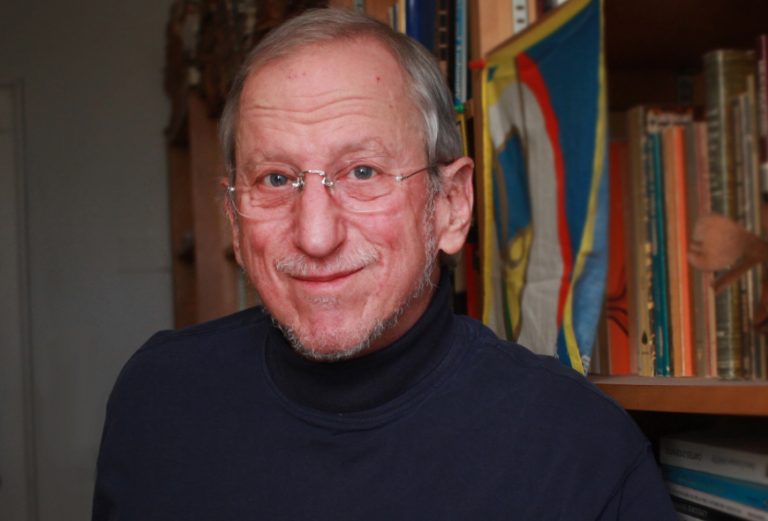 Symposium is free and open to the public. We hope to see you there!

Registration for dinner has now closed. 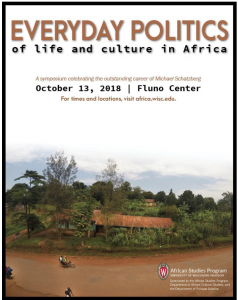 “Everyday Politics of Life and Culture in Africa”

A symposium celebrating the outstanding career of Michael Schatzberg 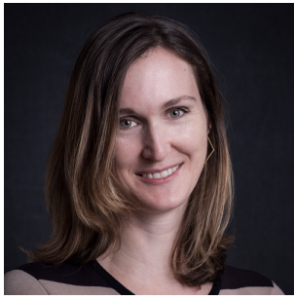 Emily Callaci is an Associate Professor of History at the University of Wisconsin-Madison. Her interests include urban history, popular culture, gender, sexuality and reproductive politics. Her first book, Street Archives and City Life: Popular Intellectuals in Postcolonial Tanzania, explores urban migration and cultural politics in the city of Dar es Salaam during Tanzania’s socialist era, from 1967 through 1985. Her work has appeared in the Journal of African History and Urban History. Building on her work on urban cultural and sexual politics in Africa in the 1960s and 1970s, she has begun preliminary research for a second project on the transnational history of the family planning movement in Africa. 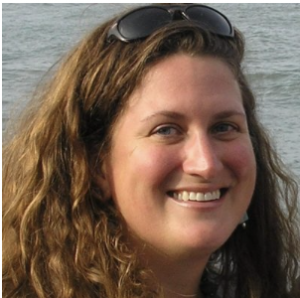 Rachel DeMotts is a Professor and Director of the Environmental Policy and Decision-Making Program and the University of Puget Sound. Her teaching and research interests lie in the environmental politics of sub-Saharan Africa.  She studies the ways in which people participate in and are affected by conservation, including human-wildlife conflict, peace parks and transfrontier protected areas, livelihood impacts of tourism, community-based conservation, and gendered differences in natural resource access and use.  Professor DeMotts has worked and lived in Botswana, Namibia, South Africa, and Mozambique, conducting research and cooperating with local environmental and human rights organizations that focus on trying to ensure that local residents benefit from parks and tourism.  She teaches classes in both Politics and Government and the Environmental Policy and Decision-Making Program, including Africa-specific courses and Global Environmental Politics. 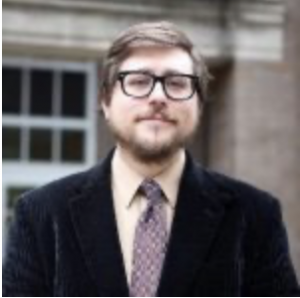 Brandon Kendhammer is an Associate Professor of Political Science and director of the International Development Studies Program at Ohio University. He holds a B.A. in French and political science from Coe College and a Ph.D. in political science from the University of Wisconsin-Madison. His research and teaching interests are in the area of Nigerian politics, political Islam, and ethnic politics. His book, Muslims Talking Politics: Islam, Democracy, and Law in Northern Nigeria (University of Chicago Press, 2016), explores the emergence of popular demands for the expansion of Islamic law in new Muslim-majority democracies, while his most recent work focuses on the perils of ethno-religious powersharing in uncertain African democracies. He is also co-authoring a short history of the Boko Haram crisis. Dr. Kendhammer has lived and conducted research in Cameroon and Nigeria and was a Fulbright Fellow in Nigeria in 2007-08, based at Usmanu Danfodiyo University in Sokoto. His work has appeared in many academic journals, including Comparative Politics, Journal of Human Rights, and Ethnopolitics. He is also the co-author of a USAID-funded report on countering Boko Haram’s violent extremism in northern Nigeria, and speaks regularly on this subject to government and international media. 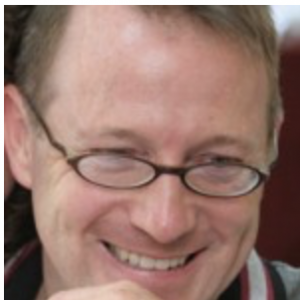 Tim Longman is an Associate Professor of Political Science and International Relations at Boston University and is the Director of the Institute on Culture, Religion, and World Affairs (CURA) in the Pardee School. His research focuses on state-society relations in Africa, looking in particular at human rights, transitional justice, religion and politics, gender and politics, and the politics of race and ethnicity. He has published two books with Cambridge University Press, Memory and Justice in Post-Genocide Rwanda (2017) and Christianity and Genocide in Rwanda (2010). He is currently working on a book comparing church-state relations throughout Africa. He served for eight years as the director of BU’s African Studies Center. 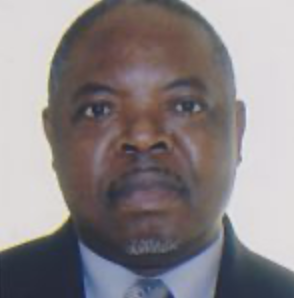 Georges Nzongola-Ntalaja is a Professor of African and Global Studies at the University of North Carolina at Chapel Hill since 2007. He holds a Ph.D. in political science from the University of Wisconsin-Madison, obtained in 1975. In addition to having held academic teaching positions since 1970, he held international service positions with the United Nations Development Program (UNDP) from 2000 to 2007. Former president of the African Studies Association (ASA), he is the author of several books and numerous journal articles and book chapters on African politics. His major work, The Congo from Leopold to Kabila: A People’s History (2002) won the 2004 Best Book Award from the African Politics Conference Group (APGC), a coordinate organization of both the ASA and the American Political Science Association (APSA). He is a citizen of the Democratic Republic of the Congo. 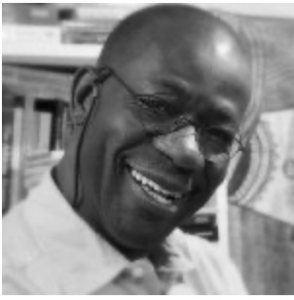 Tejumola Olaniyan is Louise Durham Mead Professor of English, African, and African Diaspora literatures and cultural studies at the University of Wisconsin, Madison. He received his BA and MA from the Obafemi Awolowo University in Nigeria, and PhD from Cornell University. He taught at the University of Virginia from 1991 to 2001, and since then at UW Madison. He was Chair of the Department of African Cultural Studies from 2015-2018. He directs the African Diaspora and the Atlantic World Research Circle (ADAWRC). Some of his authored, edited or co-edited books include Scars of Conquest/Masks of Resistance: The Invention of Cultural Identities in African, African American and Caribbean Drama (Oxford UP, 1995); Arrest the Music! Fela and His Rebel Art and Politics (Indiana UP, 2004; BookCraft 2009); African Literature: An Anthology of Criticism and Theory (Blackwell, 2010, co-edited with Ato Quayson); Audible Empire: Music, Global Politics, Critique (Duke UP, 2016, co-edited with Ron Radano); State and Culture in Postcolonial Africa: Enchantings (Indiana UP, 2017); and Taking African Cartoons Seriously (MSU Press, 2018, with Peter Limb). He runs the comprehensive web encyclopedia of African cartoons and cartoonists, africacartoons.com. 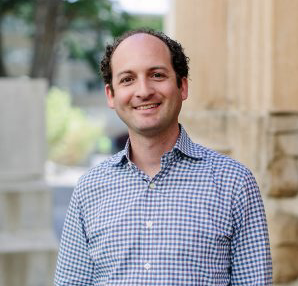 Jeffrey Paller is an Assistant Professor at the University of San Francisco. He specializes in African politics and sustainable urban development. His research examines the practice of democracy and accountability in urban Africa. He has conducted fieldwork in Ghana, Kenya, Uganda, and South Africa. He is working on a book manuscript called “Accountability in unexpected places: Democratic practices in African slums.” His new project examines state and slum relations and public goods across African cities. He has received funding from the Social Science Research Council, National Science Foundation, and the University of Wisconsin. His work is published in Polity, African Studies Review, and Africa Today. Before coming to USF, he served as Earth Institute postdoctoral research fellow at Columbia University, and was a visiting lecturer of politics at Bates College. He curates the weekly news bulletin This Week in Africa. 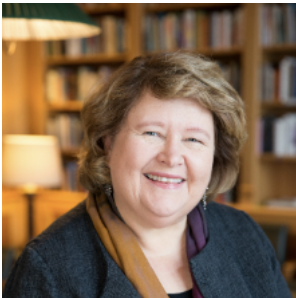 Aili Mari Tripp is Wangari Maathai Professor of Political Science and Gender & Women’s Studies and Chair of the Department of Gender and Women’s Studies at the University of Wisconsin-Madison. Tripp’s research has focused on women and politics in Africa, women’s movements in Africa, women and peacebuilding, transnational feminism, African politics (with particular reference to Uganda and Tanzania), and on the informal economy in Africa. Her current research involves a comparative study of women and legal reform in North Africa. She is also coordinating a related research project on Women and Peacebuilding in Africa, funded by the Carnegie Corporation of New York and the Foreign Ministry of Norway, involving research in northern Nigeria, South Sudan, Sudan, Algeria, and Somalia. The researchers are from Nigeria, Uganda, Somalia, Sudan, Norway and the United States. She recently has won awards from Fulbright, the American Academy in Berlin and the Center for Research on Gender and Women at the UW-Madison. She is author of several award winning books, including Women and Power in Postconflict Africa (2015), Museveni’s Uganda: Paradoxes of Power in a Hybrid Regime (2010), African Women’s Movements: Transforming Political Landscapes (2009) with Isabel Casimiro, Joy Kwesiga, and Alice Mungwa, and Women and Politics in Uganda (2000). Her first book was Changing the Rules: The Politics of Liberalization and the Urban Informal Economy in Tanzania (1997).  She has edited Sub-Saharan Africa: The Greenwood Encyclopedia of Women’s Issues Worldwide (2003), and co-edited (with Balghis Badri) Women’s Activism in Africa (2017), (with Myra Marx Ferree and Christina Ewig) Gender, Violence, and Human Security: Critical Feminist Perspectives (2013), (with Myra Marx Ferree) Global Feminism: Transnational Women’s Activism (2006), Organizing, and Human Rights, (with Joy Kwesiga) The Women’s Movement in Uganda: History, Challenges and Prospects (2002) as well as (with Marja-Liisa Swantz) What Went Right in Tanzania? People’s Responses to Directed Development (1996). 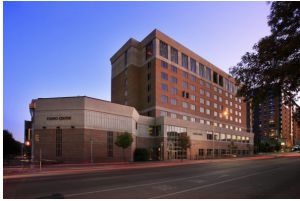 Given that the weekend of October 13 is UW-Madison Family Weekend and a Badger football Saturday, we encourage guests attending to make their lodging arrangements as soon as possible.

There are several hotels and B&Bs in central Madison, representing a range of prices and features.

Start your search at Visitmadison.com for downtown accommodations.

All symposium sessions will take place at the Fluno Conference and Event Center, located at 601 University Avenue, Madison, Wis.

For additional information on what to see and do while in Madison:

The “Everyday Politics of Life and Culture in Africa” symposium is sponsored by the  African Studies Program and Department of Political Science.