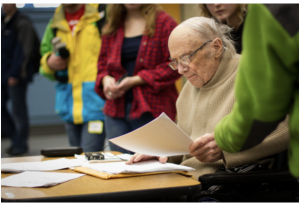 After 43 years of passionate and dedicated work, Harold Scheub, Evjue-Bascom Professor of Humanities, announced his retirement at the end of the Fall 2013 semester.

Professor Scheub’s career will be celebrated with a Festschrift symposium featuring scholars influenced by his work. A light breakfast will be served.

Reception
An afternoon reception will follow including remarks from friends, colleagues, and alumni and a screening of a short film inspired by Scheub’s career. 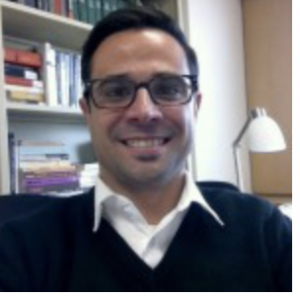 This presentation addresses some of the contributions that Harold Scheub has made to the production of knowledge through his teaching. For the last two semesters, Brown has taught two courses developed by Scheub, both of which are imbued with specific, even idiosyncratic arguments about and methods for analyzing oral and written literature. In an attempt to honor Scheub’s methods, as well as harmonize them with his own, Brown has discovered new ways of working between both oral and written literatures as well as oral traditions and other forms of popular culture.

Matthew H. Brown is Assistant Professor of African Languages and Literature at the University of Wisconsin-Madison where he teaches oral traditions, literature, film, and visual and popular cultures. His current book project explores the relationship between the Nigerian video film industry, Nollywood, and other Nigerian media, including state television and literature. Brown is the co-founder of a UW-based research workshop on “New Media and Mass/Popular in the Global South” and the co-editor of a special edition of the Journal of African Cinemas on Nollywood’s audiences across Africa. 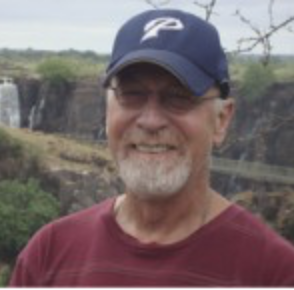 This paper will provide an overview of Scheub’s earliest innovative work on African oral narrative traditions, including articles up to and including the publication of his seminal book The Xhosa Ntsomi.  Also considered will be his trilogy that explores the nature of narrative from numerous scholarly and theoretical perspectives: Story, The Poem in the Story, and Shadows.

Robert Cancel, who received his PhD in African Languages and Literature from the University of Wisconsin in 1981 is Professor of African and Comparative Literature at the University of California, San Diego.  He teaches courses on African oral and written literatures and cinema, Caribbean literature and music, and American culture history. He has also published articles in most of these fields as well as two books on the oral narrative traditions of Bemba-speaking people of Zambia.  The most recent is Storytelling in Northern Zambia: Theory, Method, Practice and Other Necessary Fictions. (2013: Open Book Publishers). 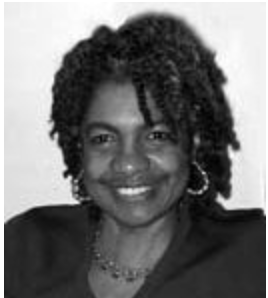 “Travels with Harold: From Orality and Writing to…”

Julien will describe how studying under Harold Scheub shaped her career and the questions she has asked.

Eileen Julien is Director of the Institute for Advanced Study at Indiana University where she is Professor of Comparative Literature, French and Italian and African Studies.   She has published widely–on Josephine Baker’s films of the 1930s, the 1956 Présence Africaine conference in Paris, gender and nationalism in Wole Soyinka and Mariama Bâ, romance and diaspora longing, the art of making New Orleans gumbo, and the “extroverted” African novel.  She is the author of African Novels and the Question of Orality (1992) and Travels with Mae: Scenes from a New Orleans Girlhood (2009).  She is co-editor of the forthcoming Locations and Dislocations of African Literature: A Dialogue Between Humanities and Social Science Scholars.  A recipient of Bunting Institute, Fulbright, and Guggenheim awards, she served as President of the African Literature Association; Founding Director of the West African Research Center, Dakar, Senegal; and Executive Director of the David C. Driskell Center for the Study of the African Diaspora, University of Maryland. In 2007, she co-founded the New Orléans Afrikan Film and Arts Festival. 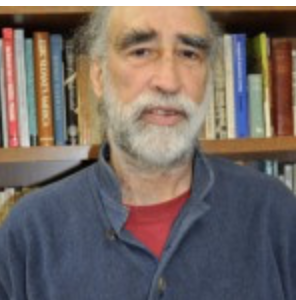 “Joketellers, Vernacular Events, and Comic Epics in the Upper Midwest”

In the post-World War II era two widely dispersed Upper Midwestern joketellers—Oljanna Venden Cunneen of Blue Mounds, Wisconsin, and Jack Foster of Calumet, Michigan—drew creatively on orally circulating tales to perform immigrant comic epics for local organizations, busloads of tourists, and radio audiences. Like the African storytellers brilliantly illuminated by Harold Scheub, their artistry—focused respectively on fictitious Norwegian laborers Ole and Lena and Cornish miners Jan and Bill—was powerfully suffused with personal experience, emotion, and moral vision juxtaposing the worlds in which they lived and wished to have lived.

Jim Leary is a professor of Folklore and Scandinavian Studies at UW-Madison, where he co-founded and currently directs the Center for the Study of Upper Midwestern Cultures. His field research and archival research since the 1970s with the Upper Midwest’s diverse indigenous, immigrant, refugee, rural, and working class peoples has resulted in numerous folklife festivals, museum exhibits, films, public radio documentaries, website productions, and publications that include Wisconsin Folklore (1998), So Ole Says to Lena: Folk Humor of the Upper Midwest (2001), Polkabilly (2006), and the forthcoming Folksongs of Another America: Field Recordings from the Upper Midwest, 1937-1946. Recipient of Wisconsin’s first Governor’s Award for Excellence in Public Humanities Scholarship, Leary is a Fellow of the American Folklore Society and of the Wisconsin Academy for Sciences, Arts, and Letters. 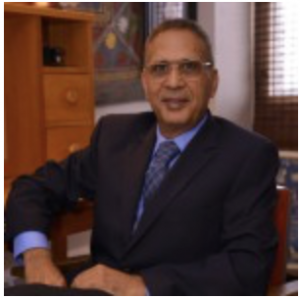 “African Storytellers: From Classrooms and Libraries to the Field”

Some of my fondest memories of graduate school at the University of Wisconsin-Madison, are of Dr. Harold Scheub’s African Storyteller class. I was enthralled by Scheub’s artistic performances and the beauty of the African stories that he narrated. Perhaps what fascinated me most was the juxtaposition of a professor, in modern apparel, telling stories to students of science and literature at a modern American university, with my father, a Kurdish storyteller who, in his traditional clothes, would narrate stories and epics from Kurdish oral tradition to children in dimly lit rooms or to adults in the mud-plastered coffee houses of villages. The physical and social contrast of these two men embodied both discordance and correspondence. When I mentioned that I wanted to study African oral tradition, a famous professor responded that oral tradition, folklore, and science could not be mixed, and he recommended that I should study Kurdish culture and people and do native anthropology rather than studying African oral traditions. But fascinated by African oral traditions, I continued to read African stories and myths, in addition to my regular readings on ethnography and anthropological theory.

Mustafa Kemal Mirzeler completed his graduate studies in the 1990s at the University of Wisconsin, Madison. He went to Sub-Saharan East Africa and worked with African storytellers as a part of his doctoral research and learned the art of storytelling from the African storytellers, poets, and historians with whom he worked. For the last two decades he has continued his research among African storytellers in Sub-Saharan Africa. As a scholar at Western Michigan University, he has conducted research on oral tradition in Uganda, Kenya, Turkey and Azerbaijan, and the voices of storytellers from these regions constitute the core of his teaching. He has edited a book entitled Lake Rudolf as Colonial Icon in East Africa (2006), Duke University Press. His second book, Remembering Nayeche and the Gray Bull Engiro: African Storytellers of Karamoja Plateau and the Plains of Turkana, published by the University of Toronto Press was inspired by Harold Scheub’s works. His essays have appeared in Ethnohistory, History in Africa, African Studies Review, Journal of Muslim Minority Affairs, and Journal of Modern African Studies. He is also a recipient of grants and fellowships from the National Endowment for the Humanities, the Wenner-Gren Foundation, and the Social Science Research Council. 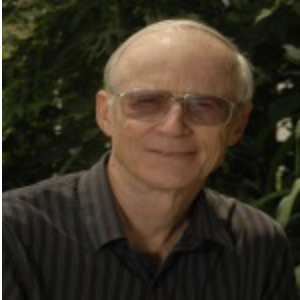 Ideophones are described by Dogobadomo Beloko, a Cameroonian dramatist and comedian, as “sound-speaking-things”; the Ugandan master drummer, Edward Kabuye, associates ideophones with the soul of a language. This paper surveys the study of ideophones and onomatopoeia over the past half-century, and locates them in today’s world of Asterix and Bible translation.

Philip Noss earned a B.A. in Classics and French from Concordia College, Moorhead, Minnesota, and an M.A. in Classics, a Certificate in African Studies, and a Ph.D. in African Languages and Literature from the University of Wisconsin-Madison. His career has followed two tracks, the academic with teaching African languages and literature at the University of Wisconsin, African linguistics at the University of Calabar, Nigeria, and semantics and translation at the Faculty of Protestant Theology in Yaoundé, Cameroon. The other track is in the field of Bible translation. Through the United Bible Societies, he was a translation consultant for Francophone Africa, then translation coordinator for all of Africa, and prior to retirement, he was global translation coordinator. His publications include Grammaire gbaya (1981) and Dictionnaire gbaya-français (1982), the latter co-compiled with Fr. Yves Blanchard, O.M.I.. He co-authored handbooks for translators of the biblical books of Esther (1997) and Ezra and Nehemiah (2005), and edited A History of Bible Translation (2007). Numerous book chapters and journal articles include the fields of Gbaya language, oral literature and culture, Fula language, Cameroonian street language, Julius Nyerere’s Scripture translations, and translation studies. He is currently General Editor of the History of Bible translation monograph series and the Dictionary of Bible Translation for the Nida Institute for Biblical Scholarship of the American Bible Society in New York

This event is hosted by the Department of African Languages and Literature in collaboration with the African Studies Program.